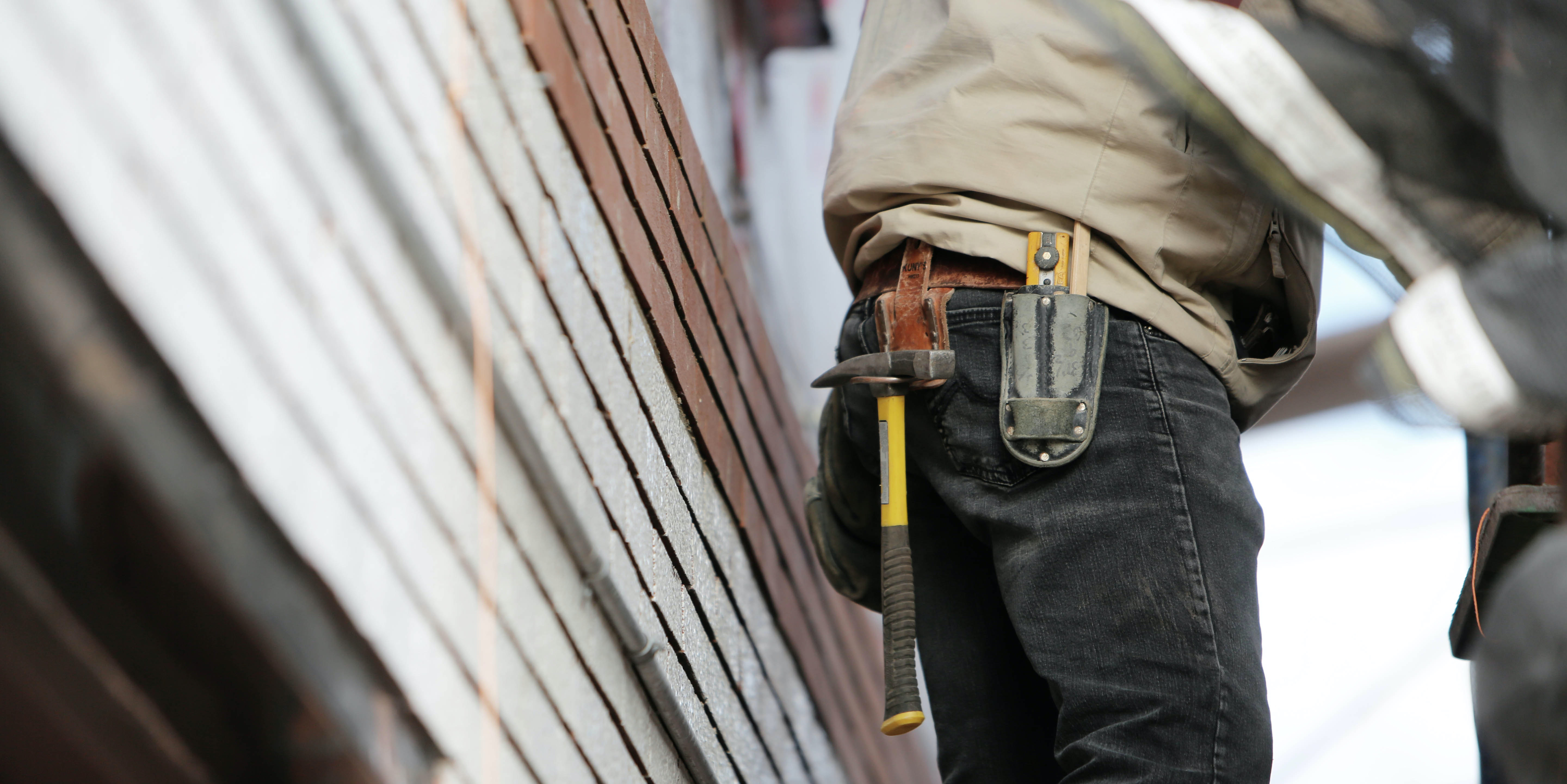 The Occupational Safety and Health Administration (OSHA) requires most employers with 10 or more employees at any “establishment” to prepare and maintain records of occupational injuries and illnesses (I&I) as they occur (I&I Logs). OSHA also requires employers to post an annual I&I Summary in each workplace “establishment” by February 1, summarizing I&Is in that workplace during the previous calendar year. OSHA also requires some employers to submit some of their I&I information electronically to the agency for review and compilation. (I wrote about revisions proposed in March 2022 HERE). In October, OSHA revised electronic procedures for its Injury Tracking Application (API), which subject employers must be ready to use for electronic reporting of 2022 information no later than March 2, 2023.

Ebola virus: What to do when an employee is about to travel to Uganda or another affected country 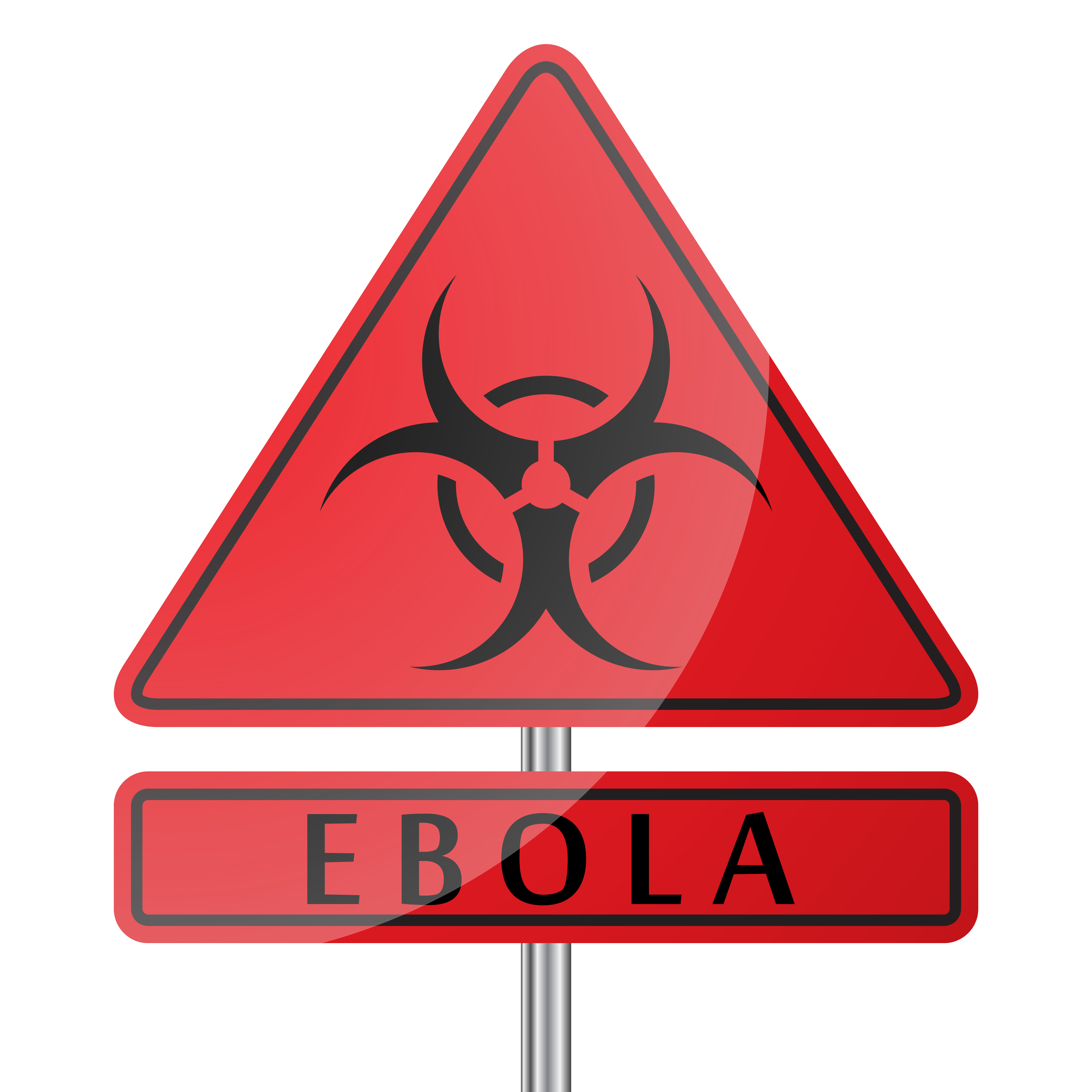 These past few weeks, the World Health Organization (WHO) has expressed concern regarding an outbreak of the Ebola virus in Uganda. While this is now the fifth wave of this virus to hit the country, current victims do not appear to respond to vaccines quite as well as in the past. The responsible strain therefore presents a very high mortality rate, ranging between 90 and 100%.

The article below was first published during a previous outbreak of the virus in 2014, and was updated to address the current situation in 2022. We recommend that you keep an eye on the Public Health Agency of Canada’s latest guidelines.

Ebola is an hemorrhagic fever. Its incubation period lasts between 2 to 21 days. Contamination is possible as soon as the first symptoms arise and the risk lasts as long as the virus is present in an individual’s blood. Inter-human transmission can occur through direct contact with infected blood or other bodily fluids, or by touching an object soiled with the same secretions.

Providing health care, participating to funeral rites and having sexual contacts with an infected person carry the most risks when it comes to contracting the virus. As well, consuming wild animals’ meat or being in contact with infected animals may also expose humans to the virus.

As an employer, how should you react when an employee announces that they have made travel plans to a country at risk?

It should be noted that no case of an Ebola virus infection has been identified in Canada as of publication date. However, the employer can take action to protect the workplace when an employee returns from visiting an affected area.

Since the incubation period of 21 days is significant, preventive measures will help to ensure the employee will not lose pay, nor have to exhaust their accrued time-off days.


If your organization provides health care or works with vulnerable or immunocompromised persons, additional precautionary measures may be necessary.

Contact the  BLG Labour and Employment Law Group for assistance with planning and deploying adequate preventive measures, or regarding any other concern you may have as an employer.


STP ComplianceEHS (STP) provides a variety of single-law and multi-law services, intended to facilitate clients’ understanding of and compliance with requirements. STP has recently published an update to its guide titled Employment Law: Solutions for the Canadian Workplace.

BLG’s Labour and Employment Group: For employment law advice on workplace legal issues arising from COVID-19, BLG's Labour and Employment team is ready and available to assist with navigating these unprecedented times. BLG has also created a COVID-19 Resource Centre to assist businesses on a variety of topics, including contractual risks, public disclosure requirements, education and criminal law. 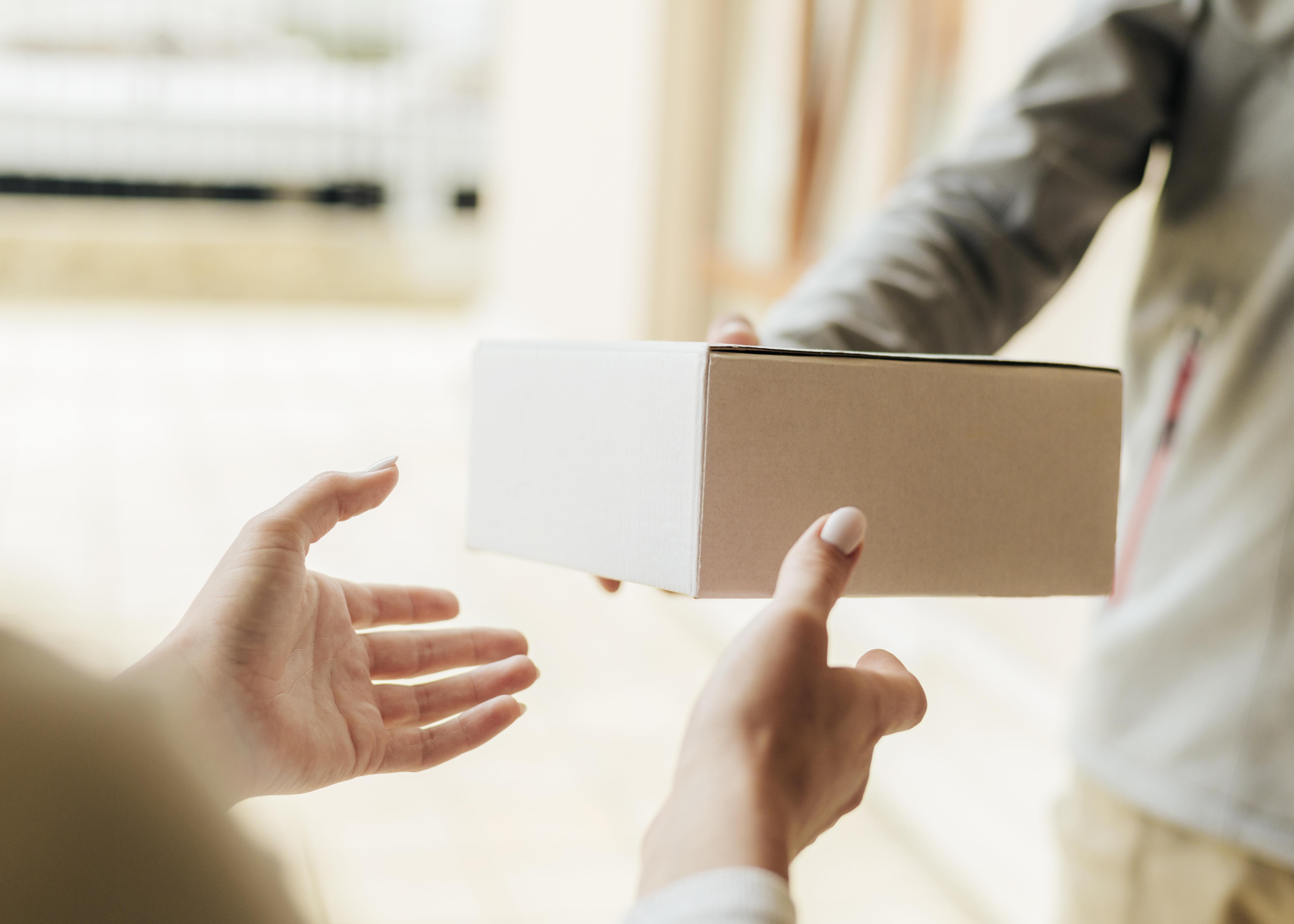 On October 19, 2022 the US Environmental Protection Agency (EPA) and the United Parcel Service (UPS) settled a massive enforcement case covering violations of hazardous waste management requirements under the Resource Conservation and Recovery Act (RCRA) at 1,160 UPS facilities across forty-five (45) states and the territory of Puerto Rico. Most of the identified violations resulted from UPS’ misclassification of the quantities of hazardous waste generated at its facilities, and resulting failures to meet the additional requirements actually applicable at the mis-classified facilities. The national prosecution followed an investigation and subsequent Consent Agreement and Final Order (CAFO) in EPA’s Region 6 (Arkansas, Louisiana, New Mexico, Oklahoma, Texas and 66 Tribal Nations), which developed after enforcement at a single UPS site in Arkansas. The new nationwide settlement also appears in a CAFO, in which UPS agrees to pay more than $5 million in fines and to undertake enhanced compliance programs. The settlement is a good reminder to all organizations generating hazardous waste, that failures to meet RCRA-related administrative requirements can create enforcement liability even if wastes are managed responsibly.

US Senate ratifies Kigali Amendment to phase down HFCs 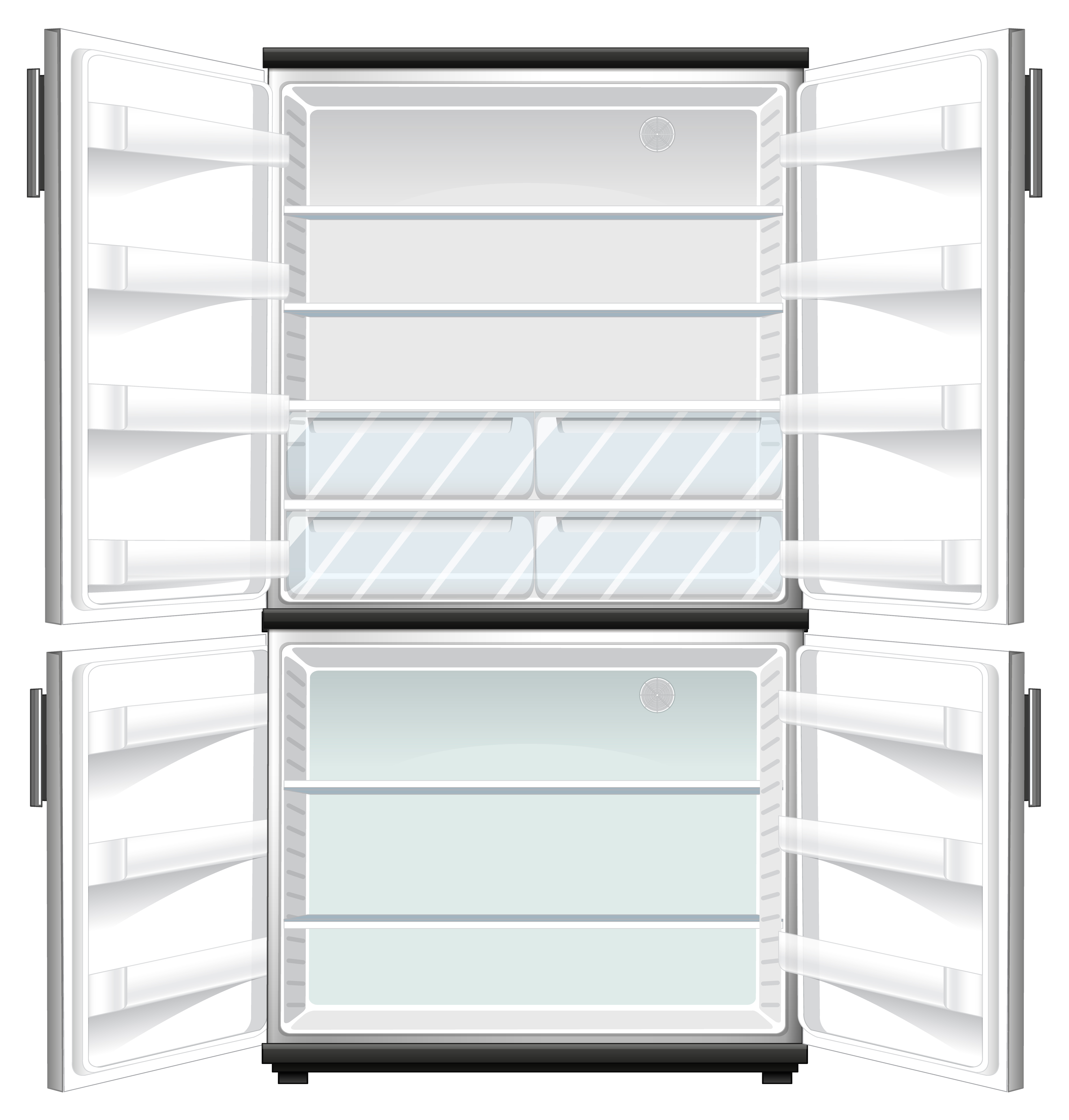 On September 17, 2022 the United States Senate voted 69-27 to ratify the 2016 Kigali Amendment to the United Nations-sponsored Montreal Protocol on Substances that Deplete the Ozone Layer (which I wrote about here), establishing international agreement to phase down production and consumption of specified hydrochlorofluorocarbons (HFCs). Aye votes vote included all the Democratic Senators present, and 29 Republicans. These HFCs are used in refrigeration and air conditioning and fire suppression, and as foam blowing agents and solvents. Although the US Environmental Protection Agency (EPA) already administers rules with the same requirements, the ratification will return the US to the international table.

The US had been a major player in the drafting and enactment of the Kigali Amendment (during President Obama’s administration), but then withdrew its support (during President Trump’s administration). However, the US enacted Kigali-like requirements in the December 2020 coronavirus relief bill (American Innovation and Manufacturing Act of 2020 (AIM Act)), among the many provisions buried within its 5,593 pages; EPA finalized its rules in September 2021 (I wrote about these rules here).

The remainder of this note summarizes the situation.


Why are HFCs being phased down, and how?

HFCs were developed primarily as substitutes for chlorofluorocarbons (CFCs), which are the principal ozone depleting substances (ODSs) targeted by the Montreal Protocol. HFCs have lower but non-zero ozone depleting potential, and are greenhouse gases that contribute to climate change. Accordingly, nearly 30 years after the initial 1987 approval of the Montreal Protocol roughly 200 national and international parties negotiated HFC phase-downs. As adopted in Kigali, Rwanda these amendments divide countries into three groups with different schedules and targets:


After the Trump administration replaced the Obama administration, the US took no action on this agreement. During this period, however, other countries have moved forward to ratify and work to meet their commitments.


What HFC-related provisions did the AIM Act enact?

The massive coronavirus relief bill includes Division S (“Innovation for the Environment”), with section 103 (“American Innovation and Manufacturing Act of 2020”). Without mentioning the Kigali Amendment, section 103 incorporates its requirements into US law:


EPA’s rules are designed to meet these requirements. In addition, EPA has initiated or re-invigorated other programs to support the phase-down of HFCs and their replacement by refrigerants that are less harmful to global climate and the stratospheric ozone layer.

Ratification will become official once the US submits formal notification to the United Nations. The new rules took effect on November 4, 2021 and are progressing; EPA proposed 2024-reduction formulas on October 20, 2022.. While domestic requirements will not change from those enacted through the AIM Act, ratification returns the US to the center of international HFC-reduction efforts, and reinforces national commitments to the environment. 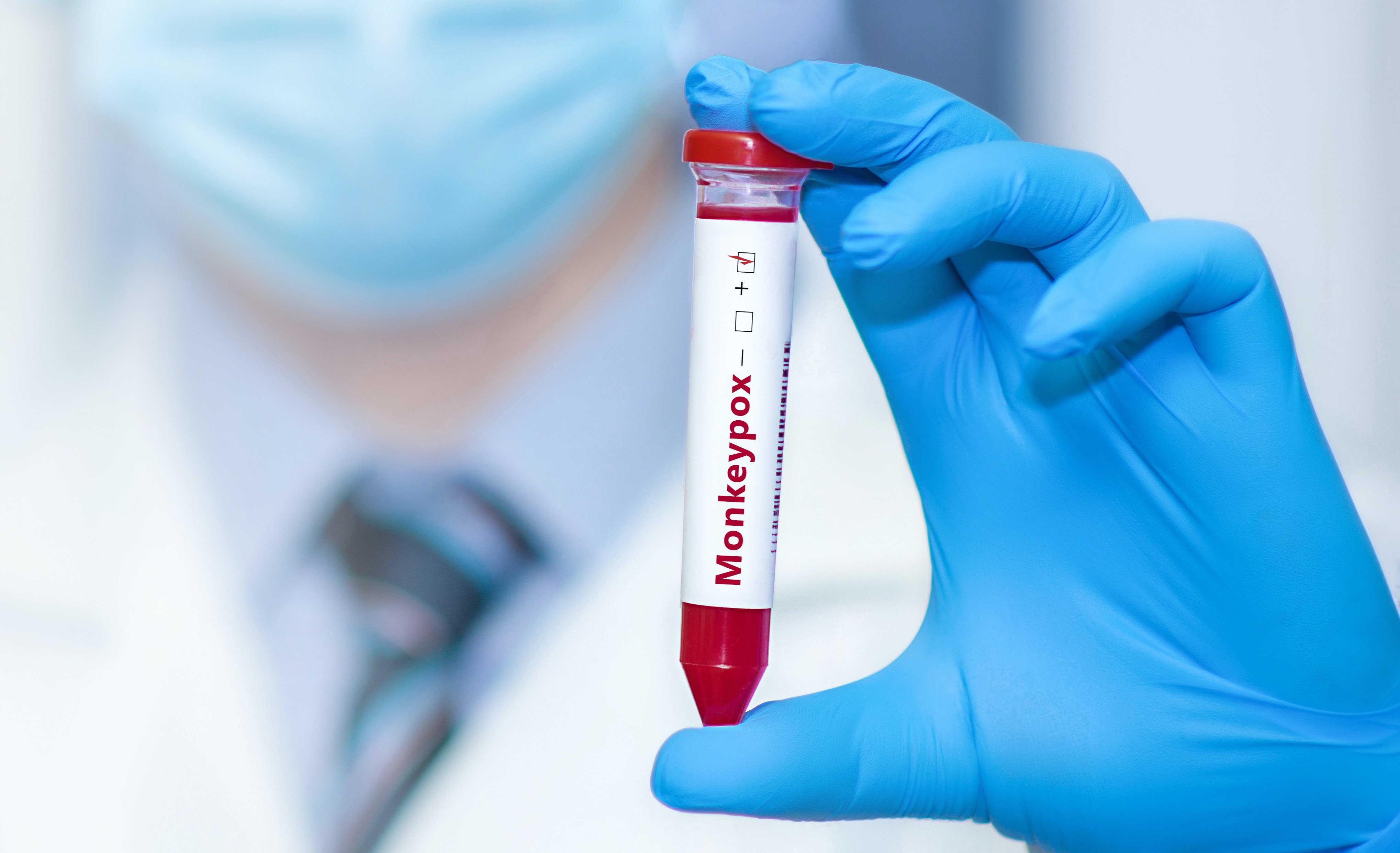 As public and occupational health agencies around the word continuously reevaluate their responses to the spread of monkeypox (also called MPX), California has issued the first regulation-oriented guidance I’ve seen. On September 13, the Division of Occupational Safety and Health (DOSH, but universally called Cal/OSHA) issued “Protecting Workers from Monkeypox (MPX) for Employers and workers Covered by the Aerosol Transmissible Diseases Standard (Title 8 section 5199).” Depending whether MPX comes to be considered an epidemic, this Cal/OSHA effort may be the first of many – I’ve written about public health and OSH agency responses to the COVID-19 epidemic many times since 2020 – or an outlier reflecting California’s aggressive approach to potential hazards. The remainder of this note discusses the new guidance, which is targeted at health and public service workplaces but has relevance for other employers as well.

The Environmental Protection Agency (EPA) is issuing a proposal to list two perfluoro chemicals -- Perfluorooctanoic Acid (PFOA) and Perfluorooctanesulfonic Acid (PFOS) as hazardous substances under the federal Superfund law (Comprehensive Environmental Response, Compensation, and Liability Act (CERCLA)). This proposal is the latest in a string of regulatory actions by EPA to tighten controls on per- and poly-fluoroalkyl substances (PFAs); the initiatives are covered under the agency’s “PFAS Strategic Roadmap: EPA’s Commitments to Action 2021—2024,” promulgated in October 2021. The remaninder of this note describes the latest action, and summarizes the Strategic Roadmap. 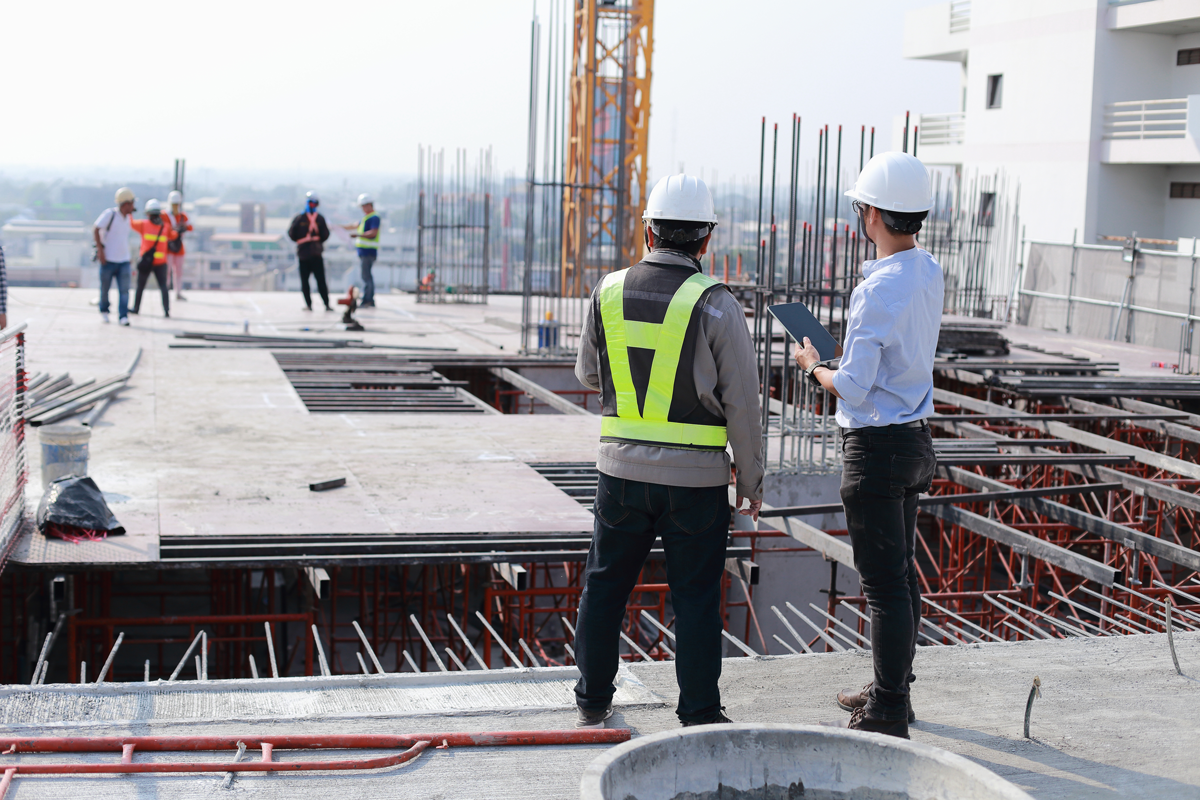 The federal Occupational Safety and Health Administration (OSHA) applies wide-ranging authority to enforce its regulatory standards on subject employers. OSHA organizes this authority through a variety of enforcement programs, including a Severe Violator Enforcement Program (SVEP) focused on “employers that have demonstrated indifference to their OSH Act obligations by committing willful, repeated, or failure-to-abate violations.” On September 15, 2022, OSHA revised SVEP for the first time since 2010, significantly expanding its scope (Directive CPL 02-00-169, SVEP (9/15/22)). The rest of this note discusses SVEP, highlighting the latest revisions. 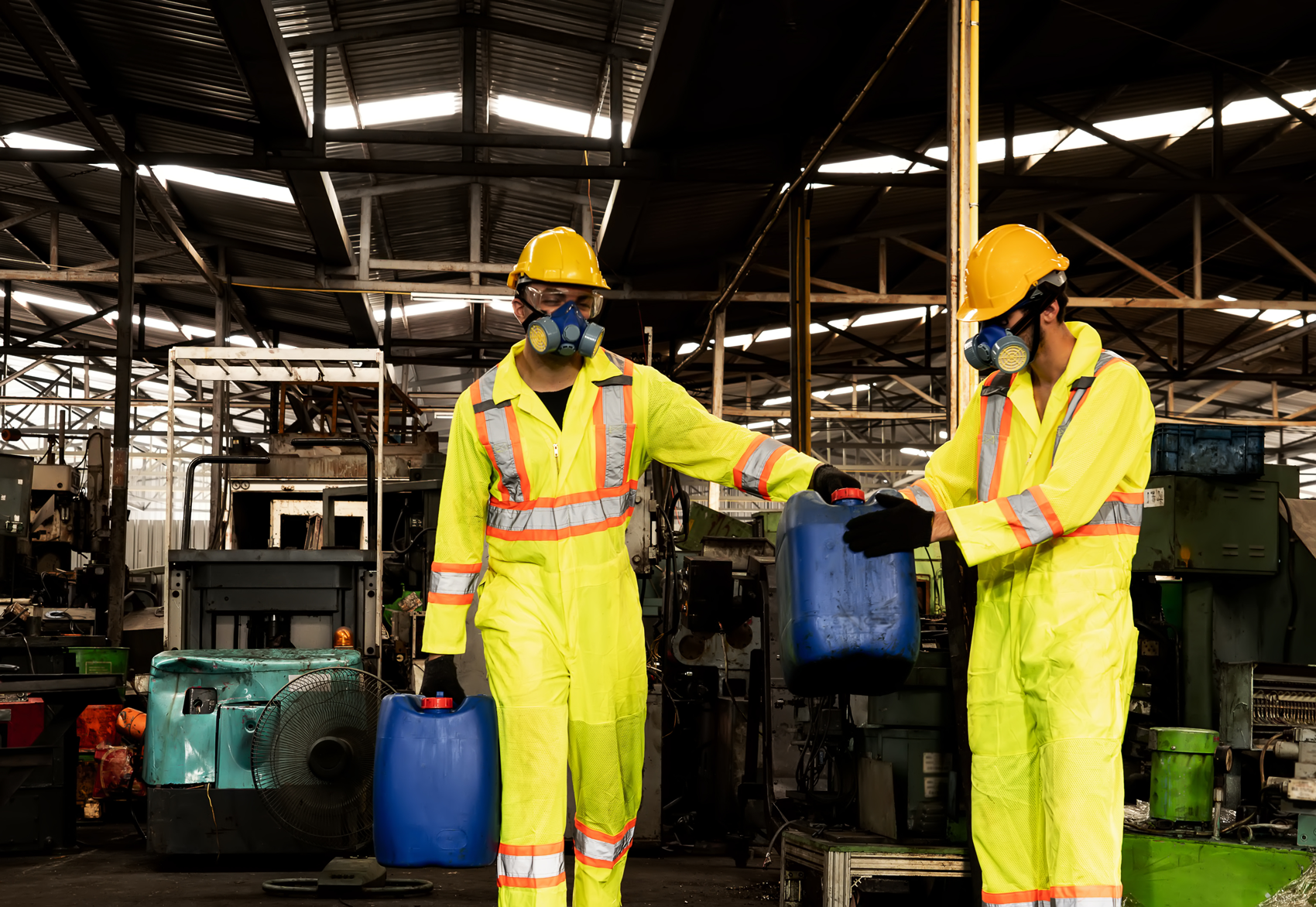 The federal Chemical Safety and Hazard Investigation Board – which usually refers to itself as the Chemical Safety Board or CSB – conducts independent investigations of major chemical accidents, issues accident-specific findings, and offers specific or general recommendations for improved chemical handling and regulation. In August 2022, CSB has issued compliance guidance addressing its “Chemical Incident Reporting Rule” (actually 6 rules, in 40 CFR part 1604) (I wrote about the Rule when it was adopted in February 2020, HERE). The remainder of this note summarizes CSB’s latest guidance. 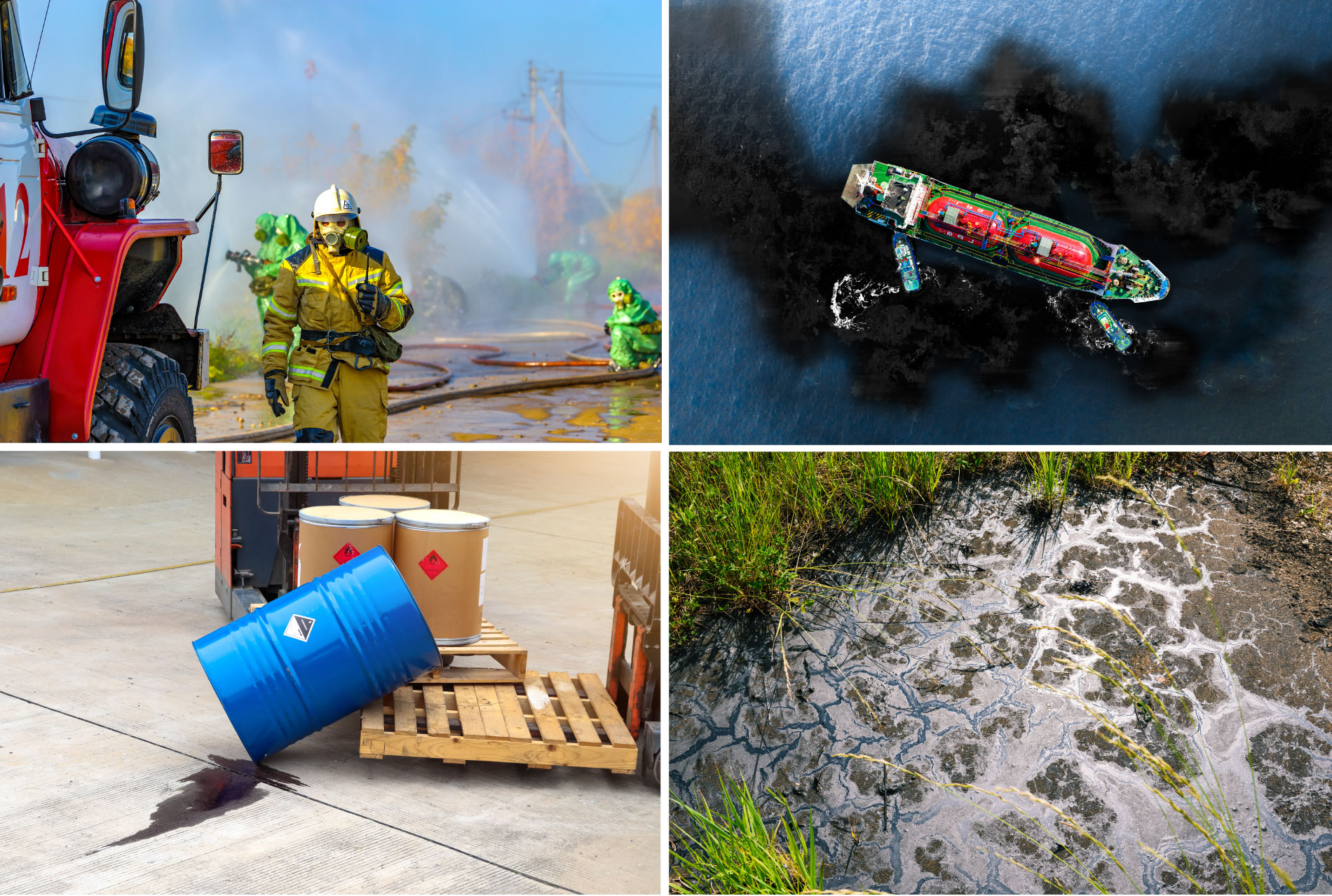 No, the title is not a stutter; I’ve written it that way to emphasize that the new Environmental Protection Agency (EPA) proposal to revise its Accidental Release Prevention (ARP) program rules under the Clean Air Act (CAA) represents only the latest step in nearly-decade-long changes to these requirements across the last three Presidential administrations. ARP was enacted after the 1990 Clean Air Act (CAA) Amendments, and its often known by its core requirement that targeted facilities prepare Risk Management Programs (RMPs) to prevent and respond to potential catastrophic releases of chemicals.