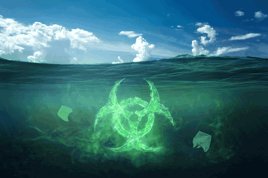 What aspects of TRI is EPA emphasizing?

As I explained in the note referenced above, TRI requires information reporting rather than restricting emissions. Subject facilities file annual reports, and EPA assembles facility-level, regionalized and nationwide data on the agency’s website, where anyone with web access can review and download. TRI was designed with the assumption that the publicity associated with emissions would provide facilities incentives to reduce their emissions in order to tell better stories about their management of toxics (or even to avoid reporting altogether by reducing emissions below applicable reporting thresholds. Reported releases have indeed fallen over time, lending credibility to this basic assumption; for chemicals and facility types that have been subject to TRI throughout the 35 years, reported emissions are less than half what they were initially. EPA’s anniversary information emphasizes these elements – pollution prevention and public transparency.

What toxics is EPA proposing to add to TRI reporting requirements?

On October 18, EPA published in the Federal Register a proposal to add 12 chemicals to the TRI lists, including proposed reporting thresholds. These chemicals (and their Chemical Abstracts Services (CAS) numbers) are:

This list is drawn from a petition filed in 2014 by the Toxics Use Reduction Institute (TURI) at the University of Massachusetts Lowell campus. The petition asked EPA to list 25 chemicals. EPA notes that 3 have been listed through other actions during the intervening seven years, and has determined not to list the other ten. EPA is proposing that all but one will be subject to standard TRI reporting thresholds of 25000 pounds manufactured or processed in a calendar reporting year, or 10000 “otherwise used” during a reporting year. EPA is proposing to list 1,3,4,6,7,8-Hexahydro-4,6,6,7,8,8-hexamethylcyclopenta[g]-2- benzopyran as a “Persistent, Bioaccumulative or Toxic (PBT)” chemical subject to a 100 pound/year reporting threshold. EPA’s proposal provides the history of this petition process, and technical references to scientific and health studies that support the agency’s determinations.

The Federal Register notice request comments on the proposal, due no later than December 17, 2021. Although EPA has not provided itself a deadline for responding to comments with final rules, I anticipate this will happen sometime during 2022. The proposal includes an effective date of January 1, 2023, which if unchanged would mean that facilities would be required to collect 2023 data and provide them in reports due July 1, 2024.

Do any of the organization’s facilities manufacture or otherwise use any listed TRI chemical, including separately listed PBT chemicals, in an annual total quantity that exceeds threshold quantities?

If so, has each such facility prepare and submitted information to EP:

Do any of the organization’s facilities manufacture or otherwise use any chemical that EPA is presently proposing to add to TRI reporting requirements, in an annual total quantity that exceeds threshold quantities?

If so, does the organization collect information about quantities manufactured, processed or otherwise used at each facility that would be required to report?