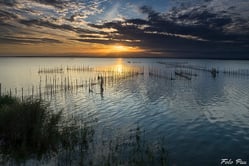 Punctuated by litigation and the transition to the Trump administration, the past five years of regulatory back-and-forth have included several steps: the 2015 rules (I summarized them, and litigation leading up to them here); the Trump-era EPA’s 2017 proposal to roll back those 2015 revisions here); and the 2018 proposal of these rules here). Readers should note that a separate action in 2019 rescinded the 2015 rules and temporarily readopted pre-2015 definitions pending this latest action (this rulemaking notes that 6 legal challenges to the 2019 rules are pending).


What are “Waters of the United States”?

The outer edges of EPA and Corps CWA jurisdiction over waterways and wet areas have never been clear. These ambiguities were emphasized by Supreme Court Justice Kennedy’s use of “significant nexus” phrase in the 2006 Rapanos v. United States case, which pushed limits outward from clearly CWA-covered waters in ways that were intended to require case-specific analysis. The 2015 rules incorporated these expanded ambiguities in ways that expanded protected areas (particularly wetlands) but introduced further complexity in ways that opponents characterized as regulatory over-reach.

The new EPA and Corps definitions are designed to reverse this expansion and provide the clearest possible nationwide guidance. These definitions include significant editorial changes from the 2018 proposal, but continue to formalize and narrow terminology in order to formalize and narrow CWA jurisdictional authority. They continue to include relatively permanent flowing and standing waterbodies that are “navigable waters” in their own right, plus waters or wetlands with specific surface water connection to such waters. As part of this effort, the rules are built around new formal definitions of jurisdictional and non-jurisdictional waters.

The rules extend CWA jurisdiction to “waters of the United States” defined as:

The first item attaches to waters that are actually “navigable” – transforming a word that had become an ambiguous term of art in CWA discussions into a narrower and more formal one. The other three items attempt to require direct connection to such waters in order to provide CWA jurisdiction.

The new rules also include 15 definitions of terms that appear in these lists, including adjacent wetlands; ephemeral, intermittent, and perennial; prior converted cropland; and tidal waters and waters subject to the ebb and flow of the tide.

Landowners, developers and regulators will now set about interpreting and applying these new definitions. It’s also easy to anticipate another round of litigation, which certainly will extend until after the November election which could set off a further round of revisionism if a new President is elected.

Meanwhile, readers should keep in mind that these new federal terms do not preempt states’ authority to regulate waters that are not “waters of the United States” but which a state may consider to be “waters of [the state].” Some states, such as California, assert regulatory authority over a wide variety of waters and lands that EPA and the Corps have just removed from federal authority.

Specialty Technical Publishers (STP) provides a variety of single-law and multi-law services, intended to facilitate clients’ understanding of and compliance with requirements.