US Senate ratifies Kigali Amendment to phase down HFCs 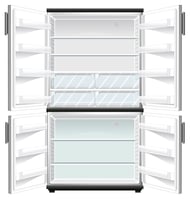 On September 17, 2022 the United States Senate voted 69-27 to ratify the 2016 Kigali Amendment to the United Nations-sponsored Montreal Protocol on Substances that Deplete the Ozone Layer (which I wrote about here), establishing international agreement to phase down production and consumption of specified hydrochlorofluorocarbons (HFCs). Aye votes vote included all the Democratic Senators present, and 29 Republicans. These HFCs are used in refrigeration and air conditioning and fire suppression, and as foam blowing agents and solvents. Although the US Environmental Protection Agency (EPA) already administers rules with the same requirements, the ratification will return the US to the international table.

The US had been a major player in the drafting and enactment of the Kigali Amendment (during President Obama’s administration), but then withdrew its support (during President Trump’s administration). However, the US enacted Kigali-like requirements in the December 2020 coronavirus relief bill (American Innovation and Manufacturing Act of 2020 (AIM Act)), among the many provisions buried within its 5,593 pages; EPA finalized its rules in September 2021 (I wrote about these rules here).

The remainder of this note summarizes the situation.


Why are HFCs being phased down, and how?

HFCs were developed primarily as substitutes for chlorofluorocarbons (CFCs), which are the principal ozone depleting substances (ODSs) targeted by the Montreal Protocol. HFCs have lower but non-zero ozone depleting potential, and are greenhouse gases that contribute to climate change. Accordingly, nearly 30 years after the initial 1987 approval of the Montreal Protocol roughly 200 national and international parties negotiated HFC phase-downs. As adopted in Kigali, Rwanda these amendments divide countries into three groups with different schedules and targets:


After the Trump administration replaced the Obama administration, the US took no action on this agreement. During this period, however, other countries have moved forward to ratify and work to meet their commitments.


What HFC-related provisions did the AIM Act enact?

The massive coronavirus relief bill includes Division S (“Innovation for the Environment”), with section 103 (“American Innovation and Manufacturing Act of 2020”). Without mentioning the Kigali Amendment, section 103 incorporates its requirements into US law:


EPA’s rules are designed to meet these requirements. In addition, EPA has initiated or re-invigorated other programs to support the phase-down of HFCs and their replacement by refrigerants that are less harmful to global climate and the stratospheric ozone layer.

Ratification will become official once the US submits formal notification to the United Nations. The new rules took effect on November 4, 2021 and are progressing; EPA proposed 2024-reduction formulas on October 20, 2022.. While domestic requirements will not change from those enacted through the AIM Act, ratification returns the US to the center of international HFC-reduction efforts, and reinforces national commitments to the environment.

- Protecting Our Climate by Reducing Use of HFCs” webpage

Image by brgfx on Freepik