Ontario Reviews When Directors May Be Liable Across Common Employers 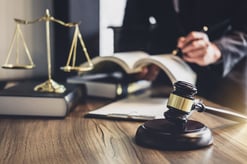 In June, the Ontario Court of Appeal issued a decision addressing two issues that should interest corporate directors – certainly in the province, and probably throughout Canada. The case is O’Reilly v. ClearMRI Solutions Ltd., and the issues it addresses are:

The rest of this note discusses these issues, and the O’Reilly case decision.

The “common employer” doctrine developed under common law. It has been codified into a variety of labour laws, and is applied by judges in cases involving additional laws that are silent on the issue (but have not expressly rejected it). This doctrine recognizes that an employee may simultaneously have more than one employer, and that those employers may or may not share responsibilities (in contrast to situations where one person works for more than one unrelated employer at the same time). This question involves inquiry into the employee’s status with each company, and the relationship between the companies. If an employer is a member of an interrelated corporate group, one or more other corporations in the group may share liability for the employment obligations.

When can directors have personal liability for their company’s responsibilities?

A number of laws make the directors of a corporation jointly and severally responsible for unpaid corporate debts. Relevant to this case, corporation laws (in this case Ontario Business Corporations Act (OBCA) section 131(1)) make directors liable to their corporation’s employees when the company fails to pay its employees for “services performed for the corporation.” OBCA and most corporations codes limit this liability to six months of wages and 12 months of vacation pay that become payable during a director’s tenure on the board. The questions are:

What does the O’Reilly case address, and how?

The following summary is drawn from the Ontario Court of Appeal’s decision.

Who are the parties?

The defendants/appellants in this case were three related companies and their directors. Tornado Medical Systems, Inc. (“Tornado”) is an Ontario corporation, with license rights to intellectual property useful for the refurbishment and upgrading of Magnetic Resonance Imaging (“MRI”) machines. Tornado is the top company in a corporate group, and the majority shareholder of ClearMRI Solutions Ltd. (“ClearMRI Canada”) which itself wholly owns ClearMRI Solutions, Inc. (“ClearMRI US”). ClearMRI Canada’s board consisted of five directors, two of whom were also directors of Tornado.

The plaintiff/respondent was William O’Reilly, who had served as the Chief Executive Officer (“CEO”) of ClearMRI Canada and ClearMRI US. O’Reilly’s written employment agreement was with ClearMRI US, but he reported to, and his performance goals were set by, the board of directors of ClearMRI Canada. After his employment ended, Mr. O’Reilly was owed substantial sums, and sued seeking recovery of all outstanding amounts from the ClearMRI companies and Tornado.

What were the facts behind the case?

On May 22, 2012, O’Reilly signed an agreement with ClearMRI US, naming the company as his employer. The agreement specified that O’Reilly was to serve as CEO, with an annual base salary of $153,000 USD in 2012, increasing to $210,000 in 2013. He was also entitled to benefits including paid vacation and other compensation, and to specific payments if he was terminated without notice or cause. He was also eligible to earn a performance bonus of $80,000.

In April 2014, O’Reilly secured a regulatory clearance from the U.S. Food and Drug Administration. The motion judge later found that this step entitled him to an $80,000 performance bonus, which was never paid.

As subsequently found by the courts, by the spring of 2014, it was apparent that ClearMRI Canada was no longer committed to bringing their product to market. On August 6, 2014, Mr. O’Reilly asserted that he had been constructively dismissed, and demanded payment from ClearMRI Canada and ClearMRI US of $281,315 in unpaid salary, and repayment of the $50,000 loan.

What did the motion judge decide?

The motion judge granted summary judgment for Mr. O’Reilly. In reaching this conclusion, she discussed and decided the following:

The judge reviewed the common law of “common employers,” focusing on three particular factors: the employment agreement itself; where the effective control over the employee resides; and whether there was common control between the different legal entities. She found that O’Reilly reported to the ClearMRI Canada board, which set his performance goals and effectively controlled his activities. She also noted that ClearMRI US was a wholly-owned subsidiary of ClearMRI Canada, established to bring the parent’s existing line of business into new territory. She also found Tornado to be a common employer, based on “sufficient control” over O’Reilly, on acceptance of the loan, and on joining in assuring him that ClearMRI Canada was committed to bringing its product to market.

The judge found the ClearMRI Canada directors jointly and severally liable under OBCA section 131 for six months of unpaid wages and twelve months of vacation pay ($153,400). Having found Tornado to be a common employer, she also found Tornado’s directors would be jointly and severally liable under OBCA if Tornado failed to pay.

What has the court of appeal decided?

Tornado appealed, arguing that it was not a common employer and therefore not liable. The Court of Appeal analyzed these claims. The ClearMRI companies and their directors were not part of this appeal, so the motion judge’s determinations about them are not addressed directly in this decision.

The Court of Appeal applied a stricter standard for “common employer” than the motion judge had done. This decision looks beyond the simple fact that corporations are affiliated (as the three in this case are), to ask whether “it is shown, on the evidence, that there was an intention to create an employer/ employee relationship between the individual and the related corporation.” In this case, the Court of Appeal found no such intention relating to O’Reilly. Accordingly, this decision accepts Tornado’s appeal and overturns the summary judgment. This result also extinguishes potential liability for Tornado board members under OBCA (although the one individual involved in the appeal was also a ClearMRI Canada board member and so retained potential liability in that role).

This case provides a useful reminder to corporations that share some responsibility for people who are formally employed by one corporation, to review and ensure appropriate documentation of each corporation’s formal and practical influence over each such individual. At the same time, corporate directors should remember that they might face personal liability if their corporation(s) fail to pay money owing to employees.

Does my corporation have any formal connection to any other corporation?