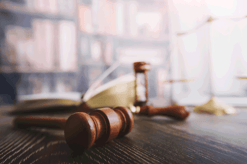 In December, the Ontario Court of Appeal reviewed a case involving two disputing factions in a 5-member partnership (Extreme Venture Partners Fund I LP v. Varma).1  The two partners who managed the activities decided that their efforts were being undervalued by the other 3, and responded by starting competing businesses, diverting resources from the original entity, and hiding these activities. The other 3 partners eventually found out and sued them for breaches of their fiduciary duties. The trial court found against the wrongdoers, and on appeal the Court of Appeal actually increased their punishment.

What was the background to the case?

LP (“Fund I”) is a venture capital, established in 2007 by 5 investors: Ravinder Kumar Sharma, Imran Bashir and Kenneth Teslia, Amar Varma and Sundeep Madra. They incorporated an entity (“EVP GP”) to act as general partner, and all became directors and shareholders (directly or through their personal holding companies). Varma and Madra served as managing directors of EVP GP, were responsible for all day-to-day operations of Fund I, and recommended companies for investment to the Investment Committee. Tensions developed -- Varma and Madra later testified that they were doing all the work to grow the businesses and were not being adequately recognized or compensated for their efforts.

In 2011, Madra and Varma established a second fund (the “Annex Fund”), without informing the other three members of the original group. Instead, Madra and Varma surreptitiously obtained $5 million in financing from Northleaf Capital Partners (“Northleaf”). After the Annex Fund was established, Madra and Varma provided Northleaf with confidential information about Fund I’s portfolio and investment strategy. As a result, the Annex Fund invested in six of Fund I’s most successful portfolio companies and operated for two years until it closed in 2013.

One of Fund I’s investments was Xtreme Labs, a mobile software development lab business co-founded by Madra and Varma. Ninety-five percent of the original equity of Xtreme Labs was split equally among the five Fund 1 shareholders. Fund I later acquired a direct interest in the company. Madra and Varma were also the managing directors and co-CEOs of Xtreme Labs and were responsible for its day-to-day operations. By 2011, the parties started to explore sale of Xtreme Labs. Despite the prior years’ rapid growth, Madra and Varma presented projections that the company’s growth would slow, which surprised and disappointed the Xtreme Labs board. They advised the board projecting $12 million (U.S.) revenues for the current fiscal year. Initial efforts to sell Xtreme Labs were unsuccessful, and the board members had different opinions about the company’s value. In February 2012, Chamath Palihapitiya (a Silicon Valley entrepreneur) contacted Madra about buying Xtreme Labs; together with Varma they prepared an offer by Palihapitiya to purchase the company that would allow Varma and Madra to stay on with the company after the sale. The offer was forwarded to the rest of the board, without Varma and Madra disclosing that they had worked on the offer. After negotiations, the transaction was closed with the selling shareholders receiving $12 million (U.S.) for their shares, and with Varma and Madra and other Xtreme Labs employees receiving $6 million (U.S.) in the ongoing equity of the company. In 2013, Palihapitiya negotiated the sale of shares of Xtreme Labs to Pivotal for $60 million (U.S.), after Palihapitiya, Varma and Madra carved certain assets out of Xtreme Labs and transferred them to a separate company (including shares in Hatch Labs, which among other activities was the developer of the Tinder App, which they later sold for $30 million).

After a five-week trial, the trial judge found for the plaintiffs and ordered that: (1) on the Annex Fund Claim, Varma and Madra are liable for $250,000 in punitive damages, and (2) on the Xtreme Labs Claim, the Palihapitiya Appellants and the Varma/Madra Appellants are jointly and severally liable for $3.36 million (U.S.) in damages for breaches associated with the sale of Xtreme Labs and $12.33 million (U.S.) in disgorgement of profits. She also made additional orders regarding the applicable exchange rate and prejudgment interest.

The defendants appealed, arguing a variety of factual and legal points. Notably, Palihapitiya argued he should not be jointly and severally liable alongside the faithless fiduciaries. The plaintiffs cross-appealed, arguing that the ordered disgorgement was incomplete since the value associated with Hatch Labs was not addressed, and therefore insufficient to deter breaches such as those committed by the defendants.

On appeal, the Court of Appeal reached the following conclusions:

Although the defendants’ actions in this case were extreme, the fiduciary duties they breached were standard. This case should stand as a reminder of those standard duties, and of the requirements for fiduciaries to understand and fulfill them.