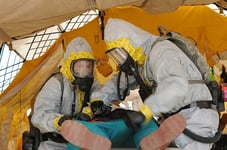 These revisions were controversial when adopted, so it’s not surprising that they now are caught up in the transfer of power between President Obama and President Trump. EPA issued these revisions a week before the change in Presidents, with an effective date of March 13, 2017. After President Trump assumed office, EPA deferred the date until March 21, as one of many 60-day regulatory deferrals. Then EPA announced a further delay until June13, 2017.

What Are Existing ARP Program Requirements?

Regulated sources are responsible for periodic and event-related updates.

EPA reports that in the last decade, there have been more than 1,517 reportable accidents, 473 of which had offsite impacts including 58 deaths, 17,099 people who were injured or sought medical treatment, almost 500,000 people evacuated or sheltered-in-place, and over $2 billion in property damages.

What Changes Has EPA Announced?

EPA is adopting multiple changes. Some borrow from PSM and CFATS, while others have surfaced through the many reviews following President Obama’s Executive Order and other federal and state initiatives. These include:

photo credit: Like us on Facebook at CAGuard The HRF responds to disaster to calm the chaos via photopin (license)