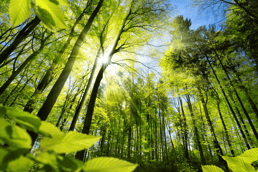 How is the budget request framed?

The budget overview document emphasizes the following programmatic and budgetary priorities, claiming that the request:

What is being proposed?

EPA provides budgetary and programmatic details in its 90 page “FY 2023 EPA Budget in Brief” document. This document presents information for each of the priority themes identified above, including references to ongoing EPA efforts (many of which I’ve discussed in these notes).

This area covers efforts to “mitigate and adapt to the impacts of the climate crisis while spurring economic progress and creating good-paying jobs.” Programs include:

These efforts include EPA’s contribution to the President’s Justice40 Initiative, which pursues the goal of delivering at least 40 percent of the overall benefits of relevant federal investments to underserved and overburdened communities.

This section describes efforts to ensure compliance and enforce against non-compliance with the laws EPA administers. It highlights requested funding to further “develop and implement a comprehensive civil enforcement plan for addressing environmental justice, climate change, per and polyfluoroalkyl substances (PFAS) issues, and coal combustion residue rule compliance.” It also recognizes that “overburdened and underserved communities” are particularly subject to environmental harm and even crimes, and anticipates a task force partnering with the US Department of Justice to pursue matters affecting such communities.

This section covers EPA efforts under the Toxic Substances Control Act (TSCA) and the Federal Insecticide, Fungicide and Rodenticide Act (FIFRA). It also includes expanding efforts to ensure that EPA meets its responsibilities to consider pesticide impacts under the Endangered Species Act (ESA).

This section highlights EPA’s efforts to strengthen its hiring and professional development, consistent with general goals for diversity and with efforts to rebound from cuts during the Trump administration. In addition, “[e]xpanded capacity also extends to ensuring that rigorous scientific integrity guides policy and the Agency’s regulatory process.”

Since Democrats hold narrow control of the House of Representatives and Senate, there’s some chance that EPA’s budget will be expanded. The probability is enhanced by the Democrats’ focus on climate change and environmental justice. However, throughout the Trump administration and so far during the Biden administration, Congress has largely set EPA’s budget priorities.

Does the organization manufacture, import or distribute chemical substances subject to TSCA?

Is the organization subject to cleanup requirements under direct or delegated authority of federal environmental laws (Superfund, RCRA, etc.)?

Does the organization participate in EPA-sponsored voluntary programs subject to elimination?