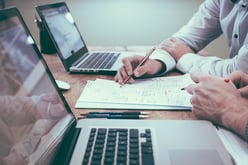 If you’re a corporate director or officer, you might find your company and/or yourself in need of relief from unmanageable debts. The federal Bankruptcy and Insolvency Act (BIA) governs bankruptcy in Canada for individuals and business entities. If your personal debts include items created because of your activities with the corporation, you may find that some opportunities for relief are expanded but others are eliminated. The Alberta Court of Queen’s Bench recently issued a decision refusing to discharge a former director’s responsibility for civil penalties for misdeeds under the provincial Securities Act (Alberta Securities Commission v Hennig).

What was the securities law case about?

Theodor Hennig is a chartered public accountant, involved with a company called Proprietary Industries Inc (PPI). From 1993 until August 2002, he was PPI's chief financial officer ("CFO"), secretary and treasurer; from December 2001 until August 2002 he was also one of PPI’s directors. In 2003, the Alberta Securities Commission (Commission) staff charged PPI, Hennig and PPI director Peter Workum with “improprieties” in PPI’s financial statements for 1998-2000 (identified as failure to follow generally accepted accounting principles (GAAP)), and with making misleading statements based on those improprieties. The Commission also charged Hennig and Workum, and two other corporations, with insider trading and unreported “secret commissions.” During this time, PPI was listed on the Alberta Stock Exchange and then on the Toronto Stock Exchange.  After an extensive administrative hearing, the Commission found the two men guilty. As cited in the recent court decision, the Commission found that Hennig:

After further proceedings, the Commission sanctioned Hennig by imposing a permanent director and officer ban, 20-year trading and denial of exemptions bans, a $400,000 administrative penalty and $175,000 in costs. It sanctioned Workum by imposing permanent trading, and director and officer bans, imposing denial of exemption, a $750,000 administrative penalty and $200,000 in costs. (re Workum and Hennig)

What happened in the director’s bankruptcy case?

Hennig subsequently filed for bankruptcy protection under the BIA. As part of his bankruptcy, he asked the court to discharge the administrative penalties for his securities law violations. The Commission objected. In reaching its decision the Court considered BIA section 178, which identifies eight exclusions from dischargeability of debts in bankruptcy:

(b) any debt or liability for alimony or alimentary pension;

(d) any debt or liability arising out of fraud, embezzlement, misappropriation or defalcation while acting in a fiduciary capacity or, in the Province of Quebec, as a trustee or administrator of the property of others;

(f) liability for the dividend that a creditor would have been entitled to receive on any provable claim not disclosed to the trustee, unless the creditor had notice or knowledge of the bankruptcy and failed to take reasonable action to prove his claim;

(g) any debt or obligation in respect of a loan made under the Canada Student Loans Act, the Canada Student Financial Assistance Act or any enactment of a province that provides for loans or guarantees of loans to students where the date of bankruptcy of the bankrupt occurred [within specified time periods]

(h) any debt for interest owed in relation to an amount referred to in any of paragraphs (a) to (g.1).

Reviewing these exclusions, the Court found that exclusions (a) and (e) applied to Hennig’s situation, but (d) does not because the history and application of that provision apply to third party creditors who had been defrauded, not to regulatory agencies and their fines. Accordingly, it denied Hennig’s request, affirmed the earlier penalties, and assessed him for the costs of his appeal.

This decision reminds directors and officers that their corporate roles can have negative financial and legal impacts, if they do not execute their responsibilities fully and appropriately. This new decision is also a reminder that bankruptcy does not always provide an escape even if the financial burdens are unsustainable.

Although not involved in this case, directors and officers should also keep in mind that these exclusions are not symmetrical: if a corporation enters bankruptcies, some of its debts are transferred from the entity to individual directors. For example, corporations and employment laws throughout Canada provide that directors can be personally liable, jointly and severally among board members, for up to 6 months of unpaid compensation. (See, e.g., Canada Business Corporations Act s. 119).

Am I a director or officer of a Canadian business corporation?

Am I aware of my responsibilities to the corporation, including those imposed by specific laws and regulations relating to the company’s activities?

Have I verified that the company is in compliance with applicable responsibilities?

Have I verified that I am in compliance with my responsibilities under these laws and regulations, as a director or officer?

Image by Free-Photos from Pixabay