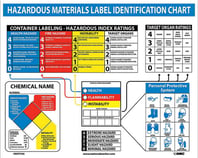 On June 22, President Obama signed the “Frank R. Lautenberg Chemical Safety for the 21st Century Act,” which revises the 1976 Toxic Substances Control Act (TSCA) extensively. TSCA was enacted 40 years ago to empower the Environmental Protection Agency (EPA) to acquire and evaluate data regarding the effects of chemical substances and mixtures on human health and the environment, and to prevent unduly hazardous chemicals from entering commercial use. Although TSCA was a huge step forward at the time, its limitations became ever clearer in subsequent years, and compounded to leave important gaps in protective regulation of chemicals. (I summarized basic provisions here). The late Senator Lautenberg spent many years trying to thread the political needle between chemical companies and health and environmental advocates. He died without achieving this goal, but is honored by the new legislation – which I refer to from now on as “the 2016 Amendments.” (I summarized an earlier version of this new legislation here)

My next several postings will summarize changes in the 2016 Amendments:

The TSCA Inventory – Some Information About Most Existing Chemicals

The foundation of TSCA reporting and information system is the TSCA Inventory. The initial TSCA Inventory was compiled during 1977 and was intended to include all chemical substances being manufactured or distributed at that time – some 62,000 entries. It now contains about 85,000 entries. The TSCA Inventory consists of two lists: the main (“master”) inventory; and a Confidential Inventory that lists regulated substances that are protected by trade secrets.

The 2016 Amendments do not change Inventory provisions directly, but do add important limitations on manufacturers’ ability to claim confidential business information by expanding requirements to provide support for claims, and by limiting claims to 10 years unless the manufacturer renews them successfully. The Inventory will also be enhanced to distinguish chemicals that are “active” in commerce from “inactive” chemicals (more about that below).

One of TSCA’s biggest limitations has been the lack of a general provision for updating scientific information about chemical substances. EPA has authority to order evaluations and updates (described below), but that authority has only been applied to a tiny fraction of the 62,000 chemicals already in use in 1976, and to few newer chemicals after their initial listing. For tens of thousands of chemicals, no further test data have been submitted since the chemical first entered the TSCA Inventory. However, the TSCA legislation and EPA rules do provide reporting requirements for several categories of chemicals.

If EPA determines that the manufacture, processing, distribution, use, or disposal of a chemical substance or mixture may present an unreasonable risk of injury to health or the environment, TSCA Section 6 already authorizes the agency to place the “least burdensome” of several specified requirements on that material, as long as the result is to reduce the risk below “unreasonable” levels. The 2016 Amendments make important revisions:

These efforts should produce evaluations and rules governing high-risk chemicals, although readers will note that it could take decades to complete this task unless the pace of evaluations is much higher than the minimum demanded by the 2016 Amendments.

Does the organization manufacture, import and/or process any “chemical substance” subject to TSCA?

Does the organization use “chemical substance” subject to TSCA?


Where Can I Go For More Information?