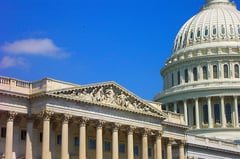 Candidate Trump frequently railed against “over-regulation” in the U.S, and President Trump is taking steps to address the issue. On February 24, he issued an Executive Order (EO) outlining procedures that federal agencies are to use in order to review – and presumably reduce – their rules and the associated burdens of compliance. This new EO Number 13777 references and incorporates previous EOs calling for regulatory reform and/or reduction. Although none of these EOs guarantee any particular outcome, since federal regulations can only be revised or rescinded in compliance with procedural requirements in the statutes they implement, the latest EO does ensure a government-wide and reviewable set of procedures. It will give the President and his aides specific information to guide agency appointees, and will give those appointees information to direct agency personnel.

Within 60 days, the head of each agency is to designate an agency Regulatory Reform Officer (RRO). Each RRO is to oversee the implementation of “regulatory reform initiatives and policies”, which are to include at least the following:

Each agency is also to establish a Regulatory Reform Task Force, including its RRO and other specified officials, and to participate in multi-agency joint task forces established to address areas of coordinated or overlapping authorities. Each task force is to attempt to identify regulations that meet any of the following criteria:

These efforts are to provide for input from affected entities, including state and local governments, trade associations and small businesses, and consumers. Initial reports are due within 90 days after the EO.The EO includes general provisions for accountability including progress reports. An agency can apply to OMB for a waiver.

It remains to be seen whether how these procedures may actually produce “regulatory reforms,” including possible rescission of existing regulations. Since administrative repeal of a regulation generally requires its own rulemaking process, it seems to me that few regulations will be rescinded anytime soon. However, agencies could make their inability to repeal existing regulations a reason for declining to adopt new regulations. That would not achieve the rollback President Trump speaks about, but could certainly result in a lengthy time-out.

Has the organization identified federal regulations that it considers particularly burdensome?

If so, will the organization provide input to agency regulatory reform task forces, either directly or through any trade or professional organizations with which it participates?