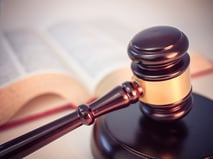 The Ontario Psychological Association is a not-for-profit voluntary association that aims to advance the practice and science of psychology through advocacy and education. Charlotte (Carla) Mardonet was hired by the Association in 1990 to manage its affairs and administer its finances and money. In Ontario Psychological Assn. v. Mardonet (2016 ONSC 4528 (Ont. S.C.J.)), the Court granted the Association’s motion to strike the part of Mardonet’s counterclaim alleging that the Association and its officers and directors owed Mardonet a “duty of care and a fiduciary duty which they breached as a result of their failure to provide her with the supervision, management, support and guidance that was part of their responsibility” and claiming full indemnity and contribution from the directors for any amounts that Mardonet might be liable to the plaintiff. The defendant’s counterclaim was issued in response to the plaintiffs’ lawsuit alleging the defendant had “misappropriated the funds [$1.6 million] and converted them to her own benefit and the benefit of her family members and friends,” with the assistance of her immediate family.

The Court pointed out that the motion to strike the pleading could only succeed if it was “plain and obvious that the pleading discloses no reasonable cause of action.” The Court noted that the relevant sections of the claim were a “bare pleading,” without any supporting facts, that the individual officers and directors owed Mardonet a duty arising out of their legal relationship of employee and supervisors. In assessing the prospects of success of this claim, the Court noted that the question was: “…do the officers and directors owe the employees a duty to protect those employees from their own wrong-doing and failings? In considering this issue, it is important to remember that the claim is a claim for indemnity or contribution. As such, it is a claim over by [sic] a party who must first have been found to be liable and saying her liability is the responsibility of directors and officers of the corporation” [emphasis in original]. In deciding to strike those parts of Mardonet’s claim alleging this duty and claiming indemnity on that basis, the Court gave the following analysis.

Corporate law statutes impose a fiduciary duty on a director to act honestly and in good faith in the best interests of the corporation, but impose no such duty towards its employees. While other cases have held that considering the interests of other groups, such as employees, does not necessarily violate the director’s duty to the corporation, the Court in Peoples’ Department Stores Inc. v. Wise held that nothing in the cases obliges a director to consider employee interests. As for the existence of a common law fiduciary duty to an employee, the Court held that it was not possible that a director carrying out the duties to the corporation would have a duty to an employee who willfully or negligently harmed the corporation.

In determining whether there was a duty of care owed to Mardonet by the directors, the Court held that the existence of such a duty was determined by the test used in the common law—whether the relationship was one in which such a duty might arise, and are there any reasons for the court to limit or override the duty. The Court held that “it may be that there are circumstances where a director or officer may owe a duty of care to an employee. This might arise where the director or officer was directly implicated and personally involved in decisions or actions which impacted on the safety or treatment of the employee in the workplace.” However, it found that these considerations were not present in this case. “As a matter of policy, internal to the relationship, there is simply no basis to say that an officer and director should be duty-bound to save harmless an employee who has defrauded or otherwise improperly made off with money belonging to the corporation. To argue otherwise would allow the employee to benefit from his or her own wrong-doing. The employee took the money, benefitted from it, but having dissipated it, would have no ability and would be under no necessary obligation to return it. That responsibility would, if the presence of the duty is accepted, be left to the officers and directors. Understood in this way, there can be no duty. The requisite proximity as described in these reasons is not and cannot be present. Speaking only in figurative terms, the distance between the responsibility of officers and directors to the misappropriation of money by an employee is too great.”