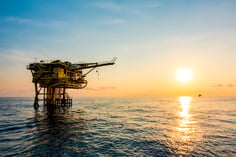 EPA has just adopted the first revisions to the NCP since 1994, adding requirements to monitor “dispersants, other chemicals and other spill mitigating substances” released during responses to oil spills. The changes become effective on January 24, 2022. Although I hope that readers are not involved in major oil spills, these changes also provide a useful reminder of the latest regulator thinking about use of dispersants, which I’ve observed get used in smaller worksite spills where they may end up in stormwater.

What is the National Contingency Plan?

The NCP is EPA’s primary mechanism to provide “efficient, coordinated, and effective action to minimize damage from oil and hazardous substance discharges into the environment, including containment, dispersal, and removal....” (40 CFR part 300). It was originally designed as part of the Federal Water Pollution Control Act (now more commonly referred to as CWA), inspired by the 1967 Torrey Canyon oil tanker spill. It originally covered only spills of oil and hazardous substances into waterways, but was expanded by CERCLA to apply to all actual and threatened spills and releases, not just those into waterways. It still tends to evolve after major oil spills; the latest revisions finally respond to lessons from the 2010 Deepwater Horizon platform blowout.

The NCP outlines a nationwide network of response organizations that may be activated in response actions. National planning and coordination is accomplished through the National Response Team (NRT), which contains 15 federal agencies. EPA chairs the NRT, and the Coast Guard acts as vice chair. The NRT provides policy and program direction to Regional Response Teams (RRTs), which are responsible for regional planning and coordination of preparedness and response actions within their geographic territories.

The NCP also provides for the following measures to organize responses to releases:

The latest changes apply to use of dispersants.

What requirements apply to use of dispersants?

These new requirements were motivated by the massive use of dispersants during and following the Deepwater Horizon disaster, and the subsequent environmental contamination and consequences. They reflect the latest thinking about dispersants, including the important evolution of that thinking beyond the traditional idea that dispersants reduce environmental impacts and to the point of thinking about how to reduce their secondary effects. While directly applicable only to situations covered by the NCP, these considerations should apply to organizations that may use dispersants to break up smaller spills affecting their operations.

Is the organization involved in planning or responses covered by the NCP?

If the organization does not handle oil or hazardous substances in ways subject to the NCP, has it reviewed planned or actual uses of dispersants and related substances in response to releases for which it may have responsibility?