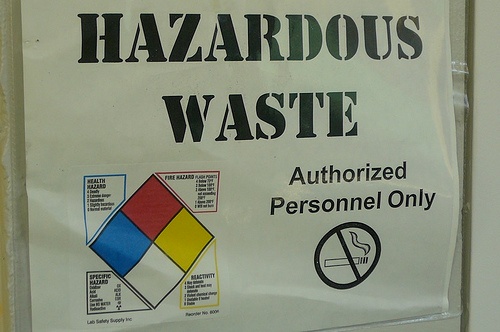 The U.S. Environmental Protection Agency (EPA) has spent the last decade considering revisions to its hazardous waste management regulations (issued under federal laws generally referred to as the Resource Conservation and Recovery Act (RCRA)), exploring opportunities to clarify and simplify the text of the regulations and the actions necessary for compliance. In September, EPA published substantial regulatory revisions (which EPA entitles collectively as the Hazardous Waste Generator Improvements Rule) in the Federal Register; comments were due by December 24, after which EPA will decide whether to finalize the changes. EPA calculates that these proposals will include more than 60 changes to specific requirements, and more than 30 additional technical clarifications and corrections. These revisions would clarify some existing provisions, remove some longstanding requirements, and also add some additional new requirements. Some requirements apply to nearly all generators, while others are targeted at one or more of three volume-based tiers.

This is the first of two blogs discussing these proposals revisions in more detail. This blog describes important revisions, some of which apply to all generators, and others targeted at VSQGs, SQGs, or LQGs. The second of these blogs will recompile the revisions separately for VSQGs, SQGs and LQGs so a generator can focus on proposals relevant to its own activities.

How is EPA Proposing to Define and Regulate “Episodic Waste Generation”?

EPA divides generator categories based on monthly waste generation – but what if your facility generates more wastes in some months than others? To help answer this question, EPA is proposing to add “Alternative Standards for Episodic Generation”, which generators can use to conduct one set of non-routine hazardous waste generation and management activities per year – including planned (e.g., for periodic maintenance, or for clearing out old wastes) or unplanned (e.g., responding to an onsite spill or leak, or discovery of a quantity of off-specification chemical) – without losing their SQG or VSQG status. To qualify, the generator would be required to meet the following requirements:

These provisions are intended to clarify that a generator’s status as LQG/SQG/VSQG is based on routine activities, not on occasional events, but also to ensure adequate and prompt management of non-routine “episodic” hazardous wastes.

How Would Satellite Accumulation Requirements Change?

EPA’s rules include provisions under which generators (particularly SQGs and LQGs) can accumulate limited quantities of hazardous wastes near points of generation around the facility for up to a year, as an alternative to prompt removal to centralized accumulation areas under shorter time limits. EPA is proposing revisions to clarify several elements in these “satellite accumulation area (SAA)” requirements:

How Would Contingency Plan Requirements Change?

EPA’s regulations require LQGs to prepare contingency plans equivalent to those required for permitted TSD facilities, designed to minimize hazards from fires, explosions, or unplanned releases of hazardous waste. Each plan must do the following:

EPA is proposing to revise certain provisions, and to add a requirement that a generator submit an executive summary of its contingency plan to the Local Emergency Planning Committee or other appropriate local agency (for generators that first become subject to these rules at least 6 months after the proposal becomes effective). The executive summary would provide specified information EPA considers most important to emergency response agencies. The proposal would also require the generator to document that it has an agreement in place with local emergency responders.

What Additional Documentation Requirements Would Apply to Hazardous Waste Determinations?

How Would Labeling Requirements Be Enhanced?

EPA’s labeling and marking requirements presently apply explicitly to tanks and other containers, but not to drip pads or containment buildings used to accumulate hazardous waste. EPA is proposing to revise requirements for LQGs to cover all these units.

What Additional Flexibility Would Apply to Accumulation of Ignitable and Reactive Wastes?

EPA rules require that containers holding ignitable or reactive hazardous wastes be placed at least 15 meters (50 feet) from the site's property line. EPA expresses a concern that some generators, such as those in urban areas, may find it difficult to meet these requirements. To add flexibility, EPA is proposing to allow generators to apply for a waiver from this requirement from their local fire department or emergency response organization, and if approved, maintain documentation of that agreement.
…next time: summarizing proposed changes by generator category, for CESQGs/VSQGs, SQGs, and LQGs.

• EPA webpage for rulemaking and proposal