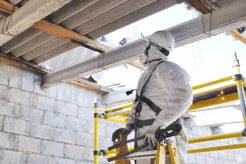 As many readers know, asbestos was a widely-used insulating material, found to pose significant risks of cancer and lesser health impacts to exposed individuals. Beginning in 1979, EPA spent a decade applying its then-available TSCA authority to assess the risks and benefits of asbestos-containing products. In 1989 EPA issued regulations scheduling future prohibitions on the manufacture, importation, processing, and distribution of most asbestos-containing products. However, litigation brought by domestic and foreign producers of asbestos and manufacturers of asbestos-containing materials (joined by provincial and federal governments in Canada) alleged serious procedural defects in EPA’s rulemaking. In 1991, the Fifth Circuit Court of Appeals agreed with many of these arguments (Corrosion Proof Fittings v. EPA), vacated the phaseout provisions but sustained EPA’s authority to restrict or ban new uses of asbestos. As a result, since 1991:

Since the 2016 TSCA amendments, however, EPA has revisited the regulatory status of existing and potential future asbestos-containing products. In 2016 EPA designated asbestos as one of the first 10 chemical substances subject to chemical risk evaluations (I wrote about this HERE). In 2019 EPA issued a requirement that “discontinued” uses of asbestos receive new review and approval before they can re-enter commerce in the United States (I wrote about this HERE). In 2021, EPA completed review and issued its “Final Risk Evaluation for Asbestos, Part 1: Chrysotile Asbestos”, in which it finds “unreasonable risks to human health for uses of chrysotile asbestos.” As expanded in 2016, TSCA authorizes EPA to protect against “unreasonable risks to human health,” up to and including bans on chemical use.

What is EPA proposing?

EPA is also proposing disposal and recordkeeping requirements for these conditions of use.

EPA requests comments on this proposal by June 13, 2022. After that EPA is likely to move expeditiously to finalize these rules, which it assesses will have limited impact in marketplaces that have phased down asbestos use over many decades. Note, however, that there are undoubtedly many locations where existing machinery still has asbestos-containing parts in place, so that organizations in the sectors with targeted activities should review existing uses to ensure they are prepared to order and use compliant versions of the equipment in the future.

Does the organization manufacture, import, process, distribute or use any asbestos-containing products?

Is the organization preparing to comment on EPA’s proposal?