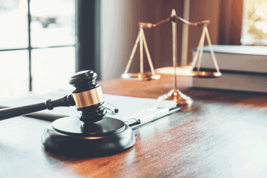 In October, the Ontario Superior Court of Justice granted summary judgment to an ex-employee suing her ex-employer for wrongful dismissal, aggravated damages for mental distress and punitive damages. In this case, Humphrey v. Menē, Inc., the Court found that the employer’s “bad faith” termination had invalidated the termination clause in the parties’ employment contract, and then rejected the employer’s change in argument from a termination for cause to termination without cause, and awarded 11 months’ wages at the salary of $90,000, aggravated damages of $50,000 due to mental distress, and $25,000 in punitive damages for 2.7 years of service.

Remembering that summary judgment is only available when the court decides there’s no genuine issue of fact that would justify a trial, this represents an extreme outcome. However, it still should remind employers to tread carefully when moving to terminate an employee.


What was the background to the case?

While she was Director of Communications for Goldmoney, Inc., Jacquelyn Humphrey helped CEO, Roy Sebag, to a create a new subsidiary company, Menē, Inc. – a publicly-traded designer, manufacturer, and online retailer of 24-karat gold and platinum jewellery. Sebag also became CEO of Menē. On or about September 26, 2017, Humphrey became Vice President Operations of Menē, pursuant to a Consulting Services Agreement between Menē, Goldmoney, and her corporation JCKH Consulting Inc. The agreement allowed either Humphrey or Menē to terminate the agreement on 5 days’ notice. Humphrey later became Chief Operating Officer (COO), and on July 30, 2018, the parties signed an amending agreement, which added stock options.

In December 2018, the parties signed a new employment agreement to begin January 1, 2019, continuing Humphrey’s compensation without change. However, the new agreement did include a new termination provision entitling Humphrey to the minimum notice and pay (which includes payment in lieu of notice) provided by Ontario’s Employment Standards Act (distinguishing termination with and without cause). It also provided that if she were terminated without cause:

“… You understand that the payments noted in this paragraph shall satisfy any common law, contractual or statutory rights you may have to notice of termination of your employment, or pay in lieu of notice, and severance pay. Further, you understand and agree that this provision shall apply to you throughout your employment with the Company, regardless of its duration or any changes to your position or compensation.”

On January 22, 2019, Humphrey e-mailed Sebag requesting a salary review, noting that they hadn’t discussed her compensation in the two years since her hiring by Goldmoney. As noted in the court’s decision, “In response, Mr. Sebag questioned Ms. Humphrey’s dedication to the business.” On February 16, 2019, Humphrey followed up with Sebag about her salary review, but received no response. Two days later she received a letter from Menē, dated February 16, advising that after “conversations with senior management and an investigation of recent performance,” the company had decided to remove her as COO, effective immediately, as well as suspend her from work with pay for two weeks, pending a final decision. The letter (referred to in the court decision as the “Suspension Letter”) stated that at the end of the two-week period, the Board would decide either to terminate her or to demote her to a non-executive position. At the same time, the company also informed vendors and other employees via instant messaging that she had been terminated as COO and suspended “pending further investigation into a few matters.”

On February 21, 2019, Humphrey’s counsel sent a letter to Menē disputing the accuracy of the allegations in the Suspension Letter. The counsel’s letter also included paragraphs redacted during the subsequent case, apparently attempting on her behalf to propose terms for her departure from the company. On February 26, Menē’s board sent a termination letter, which included the statement that the board had been investigating her performance during the preceding two months, and had “extensive employee affidavits, complaints, and other concerns shared by the Board,” as well as “additional materials” that it would “provide in any court process to further solidify [its] position that this termination is with cause.”

What happened during the case?

Humphrey sued for wrongful termination (which would entitle her to compensation in lieu of notice) as well as aggravated damages for mental distress and punitive damages. During the litigation, Menē was unable to provide any of the extensive documentation claimed in the termination letter, asserting that they had all been destroyed as part of the company’s documentation retention policy (despite formal requests from Humphrey’s counsel that they be retained for the litigation). Sebag and other senior personnel testified extensively, in ways the judge later found not to be credible; in contrast, the judge found Humphrey’s testimony and supporting documentation (primarily copies of e-mails) to be credible. Most of the judge’s sixty-six page decision recounts facts, assertions, and testimony received.

The court reached the following conclusions:

The employer’s bad faith during termination, and its dubious actions during the litigation, justified $25,000 in punitive damages.

The court also determined that the weight of evidence was strong enough to grant summary judgment, without trial.

The decision is too new to know whether the employer will appeal. For now, however, this extreme case should remind employers to draft employment agreements carefully (including explicit agreement that post-termination payments will be no less than those required by ESA or the applicable law(s)), and that the employer’s actual activities in the context of employment reviews, discipline and termination must meet standards of good faith.

Do the organization’s employment agreements include reference to employees’ rights under applicable employment standards acts, and commitment to pay at least the minimum requirement amounts?

Does the organization adhere to its formal commitments in employment agreements in actual dealings with subject employees?

Does the organization ensure that its procedures and communications with, and about, employees in the context of discipline and termination reflect good faith?