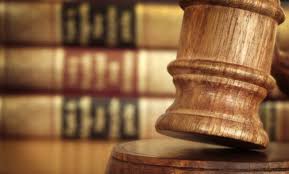 The Federal Court of Appeal granted the Crown’s appeal from a Tax Court decision excusing two directors from liability for unremitted income tax deductions because there was evidence of their subjective intention to resign as directors (Gariepy v. Canada, 2016 FCA 236). Donna Elizabeth Gariepy and Sally Anne Chriss were directors of 1056922 Ontario Ltd. (“105”), a company whose affairs and business was managed by their respective spouses. The spouses had previously operated another company that had become insolvent and owed significant amounts to the Canada Revenue Agency. The spouses were aware that they could be liable as directors of the previous company for a two year period and prevailed on Gariepy and Chriss to become 105’s directors for those two years, despite their lack of involvement in the previous company and their reluctance to act as directors.

The Federal Court of Appeal was even more firm in rejecting the argument, that the directors had a reasonable belief that they had resigned as directors and, thus were entitled to a due diligence defence to their liability as directors. The Court said: “A director may be able to rely on a reasonable belief in having resigned to ground a due diligence defence, but the standard must be much higher than the one applied by the judge in this case.” It went on to comment that the issue is not one capable of ambiguity— one either is or is not a director.

The problematic nature of the claim was discussed as follows: “To allow a subjective intention to suddenly spring to life, when, in the affairs of the corporation, or in the interests of the director, it is convenient to do so, would significantly undermine corporate governance. A reasonable belief that one has resigned must hew much closer to the requirements for an actual effective resignation.” The Court of Appeal held that the standard for due diligence used by the Tax Court was too low, noting: “…a test whereby a director who requests (orally) the executives of the corporation to arrange for counsel to prepare and draft a resignation can, by virtue of that act alone, reasonably believe that they have resigned. On this standard, a director need not ever sign a document or receive an indication to the effect that his or her resignation was delivered to the company.” It held that a director cannot raise a due diligence defence by relying on “their own indifferent or casual attitude to their responsibilities” and that a reasonable director would insist on “being satisfied that their intention to resign had been effected.”

This is just one of a number of cases rejecting the notion that one can act as a director “in name only” or as a “formality” or “for convenience” and, by doing so, avoid some or all of the responsibilities and duties that attach to the office of corporate director. As the Federal Court of Appeal points out in this case, one is or is not a director; there is no third, intermediate, director with no responsibilities status. Appointment as a director is a serious step and should be accompanied by independent legal advice on the implications of accepting such an appointment.