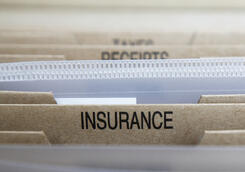 Background—FASB and IASB Agree to Disagree

Generally accepted accounting principles in the United States or “U.S. GAAP” has been around for a long time, and with respect to insurance accounting, not much has changed in recent years. The changes proposed now result from one of several projects the FASB and the international standard-setter, the International Accounting Standards Board (IASB), have been working on toward “converging” their standards. Other significant convergence projects that the boards have been working on include leasing and revenue recognition, topics I have covered in prior blog articles.

However, unlike with the proposed conclusions on accounting for leasing and revenue recognition, the two boards agreed to disagree and are not releasing proposed converged accounting rules for insurance contracts. Maybe this occurred because there are no existing comprehensive insurance accounting rules in the IASB literature. The IASB effectively has a “clean slate” whereas the FASB has to justify changes to existing rules. Of course, before the FASB and the IASB finalize their proposals, convergence is a possibility—just don’t bet on it.

Existing U.S. GAAP as it relates to insurance accounting was developed several years ago by the FASB as well as the American Institute of Certified Public Accountants (AICPA). Big-name insurance companies such as Prudential, Travelers, and State Farm likely influenced and helped create the accounting rules. When the FASB assumed responsibility for all U.S. GAAP in 2009, with the release of the FASB Accounting Standards Codification, that responsibility included updating legacy U.S. GAAP such as insurance company accounting.

Specifically, existing insurance standards were originally issued in 1982, and expanded or tweaked over the years numerous times. These accounting rules were issued as “industry specific” rules, which the FASB has recently been trying to avoid, preferring a “principles-based approach” that can be used across all industries and transactions. Further, existing insurance standards apply to insurance companies, not insurance contracts.

Over the years, banks and other entities have entered into transactions that some believe “look and feel” like insurance products, but because the FASB guidance was specific to companies and not contracts, diversity in practice resulted.

In summary, the FASB’s proposal for insurance accounting is as follows:

The FASB did not propose an effective date, awaiting comments from stakeholders. However, the proposal states that nonpublic companies would likely have a minimum of one year after the effective date set for public companies. As proposed, the guidance would be required to be applied retrospectively, restating all prior years presented—not an easy task at all. The FASB is also proposing that companies not be permitted to adopt the standard early.

A company that even thinks it might have contracts that could be included in the scope of this proposal should immediately read the proposal, or at least make a preliminary assessment of whether it might have contracts subject to the guidance in the proposal. Because, like most accounting rules issued by the FASB, the proposed rules leave room for interpretation, companies should consult with their auditors and others in their perceived “peer group” to assess the scope of the proposal and resulting issues that may affect them. In addition, companies that have in recent years made an acquisition of a company that has “insurance contracts” may find a few surprises in the FASB proposal.

Comments to the FASB

As with all FASB proposals, comments are encouraged from companies, auditors, investors, and other interested parties (collectively, “stakeholders”). The FASB requests that written comments be submitted by October 25, 2013. A copy of the proposal and how to submit comments is available on the FASB’s website.

Ron Pippin is an experienced CPA based in Wheaton, IL. His 40 plus year career includes being an audit partner in Arthur Andersen, a member of Andersen’s Professional Standards Group (“national office”) in Chicago, the Director of Financial Reporting for a Fortune 50 company and most recently, the editorial director of CCH’s Accounting Research Manager. Currently, Ron does independent writing and analysis together with accounting consultation on a variety of topics.