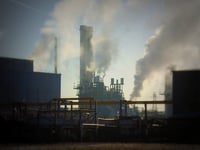 In recent years, the United States and China have found a rare basis for cooperation in their joint efforts to accelerate international efforts to manage and reduce climate change. The first significant step in this cooperation was the two countries’ bilateral agreement in November 2014 to manage greenhouse gas (GHG) emissions within their boundaries (I blogged about it here). At the time, the two countries offered their commitments as a way to reinforce international climate change negotiations underway to replace the expiring Kyoto Protocol to the United Nations Framework Convention on Climate Change. In December 2015, those negotiations produced the Paris Agreement, which established global mechanisms for countries to declare self-enforcing national GHG management commitments (I blogged about the Paris Agreement here).

On September 3, 2016, the U.S. and China renewed their GHG management vows, deepened them by making additional commitments, and formalized them by signing the Paris Agreement and submitting their signatures to the United Nations. Doing so is an important step toward global ratification of the Agreement, which requires 55 countries with 55% of global emissions. The U.S. and China emit 39% of global GHGs, representing the majority of the necessary emissions necessary to bring the Agreement into force. They join 24 other countries (total emissions are slightly more than 1% of global totals) that have already submitted their signatures.

What Have the U.S. and China Agreed To Do?

At Paris, the U.S. and China offered the following commitments:

In addition, this month the two countries have also agreed to committing to work together on the following:

This announcement is intended to add tangible weight to the two countries’ efforts to accelerate ratification of the Paris Agreement. Optimists assert that the 55 countries/percent ratification goal could be met during 2016 … while pessimists point out that the election of Donald Trump to replace Barrack Obama would drastically change U.S. enthusiasm for this issue.

What Can the Rest of Us Do?

While waiting to see if this latest international agreement produces strategic changes, the rest of us can continue to work on the strategic and tactical opportunities within our own activities. I’ve written about elements of such efforts effort, including: