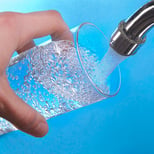 On May 23, the Trump Administration issued its budget proposal for federal Fiscal Year (FY) 2018 (October 1, 2017 through September 30, 2018), subtitled “A New Foundation for America’s Greatness”. The proposal includes a 31% cut in the Environmental Protection Agency (EPA) budget, from $8.2 billion in FY 2016 (stable in FY 2017 under a Continuing Budget Resolution rather than a fully-new federal budget), to $5.7 billion for FY 2018, with corresponding personnel cuts from 15,376 full-time-equivalent employees (FTE) to 11,611. Although presidents’ annual budget proposals are rarely enacted in full, they do mark the formal start of annual considerations of federal policies and staffing. It’s therefore useful to review how President Trump and EPA Administrator Pruitt hope to proceed.

EPA’s FY 2018 budget document summarizes the new approach as “a comprehensive back-to-basics and foundational strategy to maintain core environmental protection with respect to statutory and regulatory obligations. … We will build on progress to date by focusing on three core philosophies for carrying out the EPA’s mission:

In doing so, the agency proposes to emphasize the following:

These priorities fit into EPA’s Back-to-Basics Agenda” (which I summarized here).

EPA identifies 41 programs and 5 major sub-programs for elimination. A number of state grant, cooperation and assistance programs are eliminated in order to “return responsibilities to states” … which presumably will either assume these costs or cut back on activities. Others cut activities now characterized as peripheral in order to focus EPA on “core” responsibilities. Some are absorbed by the regulatory programs with which they overlap For example:

Scattered within EPA’s 80-page “Budget in Brief” are mentions of Obama-era regulations to be reviewed to determine if they reflect undue extensions of EPA authority that conflict with President Trump’s priorities. As I’ve mentioned in other blogs, these include a variety of rulemakings addressed to GHG emissions (including Clean Power Plan attention to fossil fuel fired electricity generating plants, and limits on automobile GHG emissions), and the “Waters of the United States” rules affecting EPA authority over discharges to water bodies. These efforts are not linked to FTE or budget requirements that will be associated with conducting rulemakings.

Does the organization manufacture, import or distribute chemical substances subject to TSCA?

Is the organization subject to cleanup requirements under direct or delegated authority of federal environmental laws (CERCLA, RCRA, etc,)?

Does the organization participate in EPA-sponsored voluntary programs subject to elimination?