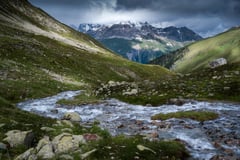 As the 2020 Presidential election approaches its close, both major parties’ major environmental proposals have been formalized. As the incumbent party, the Republican National Committee decided not to adopt a formal election platform, and instead adopted a resolution promising continuity, the most substantive provision of which is “That the Republican Party has and will continue to enthusiastically support the President’s America-first agenda.” (I summarized candidate Trump’s 2016 proposals HERE, and have written dozens of blogs summarizing specific actions since that election).
As the challengers, the Democrats provide far more detail; unsurprisingly they focus on reversing the incumbent’s policies and reinvigorating traditional priorities. Their party platform presents 91 pages of advocacy and promises. The following discussion summarizes the section of the Democrats’ 2020 platform entitled “Combating the Climate Crisis and Pursuing Environmental Justice.”

What does the platform say about environmental priorities?

The platform provides 6 pages of text in a section entitled “Combating the Climate Crisis and Pursuing Environmental Justice.” Parsing that text, I extract the following statements and promises, which I have reordered to support this bulleted approach.

As I write this, the US presidential election is only weeks away. The relevance of the Democrats’ promises will be decided on November 3, 2020. Even if they do win, parties can not always be counted on to pursue their platforms’ policies, let alone to succeed when trying to do so.

Image by anncapictures from Pixabay