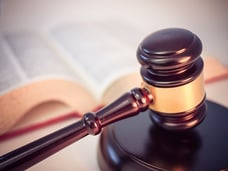 As the Attorney General of Oklahoma, Scott Pruitt made his national reputation suing the Environmental Protection Agency (EPA) to reverse or delay the agency’s attempts to expand environmental controls and the scope of its authority. Now that he’s EPA Administrator, Pruitt is moving to ensure that his agency doesn’t make use of the second major type of agency-defendant litigation, in which an agency is sued and then settles on terms favorable to the plaintiff’s goals. In a Directive and Memorandum issued October 16, Pruitt argues that this “sue and settle” litigation represents collusion between agencies and advocates, bypassing normal legislative and administrative processes and allowing agencies to redirect their efforts through “regulation by litigation.” And because litigation settlements typically involve only the active parties and the judge, these approaches tend to freeze out others – states, groups, and individuals – who lose the opportunities to participate that they’d be provided by normal legislative and regulatory proceedings.

What Does Administrator Pruitt Direct?

To overcome the problems he sees with sue and settle litigation, Pruitt’s Directive requires EPA to do the following:

He cautions that these are intended to clarify administrative matters, not to create any new legal right for any party. He also reserves the right to exercise his discretion to allow deviations from these procedures. Finally, “In no circumstance, however, will I permit the agency to violate its statutory authority or to upset the constitutional separation of powers.”

As of November, EPA’s Office of General Counsel (OGC) has created a webpage repeating these requirements, with links to notices of intent to sue, and to complaints and petitions for review.

Readers should keep in mind that this new directive is intended to make it less likely that EPA will move “too quickly” to undertake an initiative to expand its regulatory reach. As I’ve described in other blogs, since the beginning of President Trump’s administration all of EPA’s regulatory initiatives have been directed to reducing the agency’s regulatory reach (for example, here and here), so this Directive really serves as another example of the policies presently underway. You should also note that the efforts to ensure timely notice by “regulated entities” does not extend to the environmental and community activists behind many of the sue and settle cases that Scott Pruitt characterizes as collusive.

However, since the Directive applies to all complaints and judicial appeals, it will be interesting to see how many such cases are brought by parties seeking to further reduce or delay agency actions. Timely notice of all cases and proposed resolutions can provide useful information, regardless of the viewers' point of view.

Finally, readers should note that former EPA attorneys, including many who worked on the types of cases now being foreclosed, have objected that the new policy misrepresents their motivations and actions.

Are any of the organization’s activities subject to ongoing EPA rulemakings, and therefore potentially affected directly by the content of any new or revised rules and the deadlines for compliance with such rules?

Has the organization participated in any such rulemakings, or otherwise notified EPA that it is a regulated entity that may qualify to receive case-specific information called for in Administrator Pruitt’s directive?