Disability Benefits Denied: Claimant Can Work in ‘Own Occupation’ 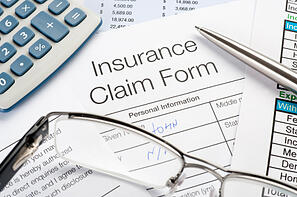 Disability insurers are often chastised for not accepting an insured’s disability claim and denying them insurance benefits. At the same time, some individuals attempt to recover from their disability insurer even when they are able to perform the duties of their occupation. And when contracts are written in such a way that even the most erudite advocate cannot determine their meaning unequivocally, it is no wonder so many such cases end up in litigation, as in the following case from Arkansas.

During training for physical evaluations of his job performance, a man who was working as a director of security operations injured a hamstring. The treating physician concluded that the man was unlikely to ever perform the running and jumping requirements for his evaluations, although he was capable of performing sedentary or light work.

The man was subsequently dismissed due to his inability to perform the physical requirements of his employment, and further, his insurer denied him long-term disability benefits.

In this case, there was no genuine dispute between the man, (the claimant) and the insurer concerning the actual duties of the job. Nor was the insurer disputing the claimant’s physician report asserting that he was now unable to perform the physical aspects of the job he had held.

Nature of the Job

However, the insurer determined the claimant’s job was primarily a managerial position, whereas the claimant likened it to being a member of a “private police force”, and he provided the list of requirements which included: assisting in all emergency and crisis situations as necessary, such as, transporting and assisting incapacitated persons, interceding in physical disturbances, subduing violent individuals, and assisting victims of offenses.

Subsequently, the claimant sought review of the insurance company’s denial of benefits under the Employee Retirement Income Security Act of 1974 (ERISA). The district court granted the insurer’s motion for summary judgment, finding the insurance company did not abuse its discretion.

Although the insurance policy provided benefits to employees who were disabled from performing their “Own Occupation,” the key to this case was that the policy also offered the following pertinent definitions:

“Own Occupation means any employment, business, trade, profession, calling or vocation that involves Material Duties of the same general character as the occupation you are regularly performing for your Employer when Disability begins.”

Material duties refers to the essential tasks, functions and operations, and the skills, abilities, knowledge, training and experience, generally required by employers from those engaged in a particular occupation that cannot be reasonably modified or omitted.

In this case, the insurer took the position that the claimant’s injury did not prevent him from continuing to work in his own occupation as ‘manager’, which did not necessarily require the same physical demands as in his previous job.

To substantiate their position, the company looked at the state’s law regarding the licensing requirement for the claimant’s job, and compared it to a description contained in the state’s Labor Dictionary of Occupational Titles. They noted that although the claimant’s actual job duties included some physical demands as part of his job performance, those physical demands were not common in the national economy. The insurer determined that the job in question was general enough in description, that the claimant could actually perform in his ‘own occupation’ satisfactorily, noting the description was characterized as a ‘sedentary’ occupation.

The disability claimant subsequently brought suit to overturn the insurance company’s denial of benefits and the dispute was presented to the Eighth Circuit Court of Appeal for resolution in May 2012. *

The Eighth Circuit Court of Appeals noted that the word “occupation” is sufficiently general and flexible to justify determining a particular employee’s “occupation” in light of the position descriptions “in the Dictionary rather than examining in detail the specific duties the employee performed. ‘Occupation’ is a more general term that seemingly refers to categories of work than narrower employment terms like ‘position,’ ‘job,’ or ‘work,’ which are more related to a particular employee’s individual duties.” In this case the insurance policy provided an explicit definition of “Own Occupation.”

The insurer’s policy had avoided the ambiguous meaning of “occupation” by explaining that it was not limited to the individual claimant’s actual and specific job duties. The policy also stated that it would determine an occupation based on how similar jobs were “generally performed in the national economy,” and identified similar jobs based on the “material duties” that are “generally required by employers.” It is clear from this definition that the insurance company’s use of the Labor Dictionary to determine the claimant’s “Own Occupation” was in accordance with the plain language of the policy.

There is substantial evidence supporting this insurance company’s denial of benefits. Its vocational case manager was able to successfully argue that the physical requirements, which the claimant was unable to perform, were not generally required for employees performing that occupation, in the “national economy.”

The Eighth Circuit Court of Appeals concluded that the trial court was correct and that the claimant was not disabled for his “own occupation” as that term is defined by the policy. In other words, he could work a similar job elsewhere.

It is my view that insurance contracts are often incomprehensible. But, when a disability policy is written with defined terms, that are clear and unambiguous, even a court trying to find some way to give coverage to a person claiming disability, is compelled to follow the actual wording of the policy, regardless of the circumstances of a particular case.

As one court put it: “The plaintiff [insurer] gave the [insured] coverage in a single, simple sentence easily understood by the common man in the market place. It attempted to take away a portion of this same coverage in paragraphs and language which even a lawyer, be he from Philadelphia or Bungy, would find it difficult to comprehend.” Peerless Ins. Co. v. Clough, 105 N.H. 76, 193 A.2d 444, 449 (1963). The insurer in the first case cited above avoided this problem that the New Hampshire Supreme Court complained about.

Barry Zalma, Esq., CFE, has practiced law in California for more than 40 years as an insurance coverage and claims handling lawyer. He also serves as an insurance consultant and expert witness specializing in insurance coverage, insurance claims handling, insurance bad faith and insurance fraud. Mr. Zalma serves as a consultant and expert, almost equally, for insurers and policyholders. He founded Zalma Insurance Consultants in 2001 and is the author of Insurance Claims: A Comprehensive Guide, Mold: A Comprehensive Claims Guide, and Construction Defects: Litigation and Claims.