Suicide at Work: A Growing Problem in America 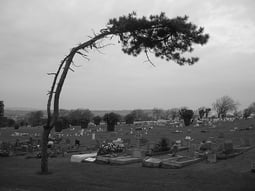 The reality is that suicide rates in the U.S. have gone up considerably in recent years, claiming an average of 36,000 lives annually.1 While most suicides take place at, or near, a person’s home, suicide on the job is also increasing according to federal researchers. The Bureau of Labor Statistics reported that workplace suicides rose to 282 in 2013 reaching the highest level since the numbers have been reported by the occupational fatality census. In 2014, the suicide rate went down slightly to 271, which is the second highest level since the records have been kept. The annual average number of suicide deaths that occurred at work during the time period 2003 – 2014 is 237. Between 2003 and 2014 there were a total of 2,848 suicide deaths that occurred at work.2 The rise in suicide rates at work is even more significant when taken in the context that overall homicides in the workplace have been steadily decreasing since the mid-nineties.

What is causing this startling rise in suicide rates at work? “The reasons for suicide are complex, no matter where they take place,” said Christine Montier, CMO of the American Foundation for Suicide Prevention. “Usually, many factors are at play.”3 Many suicide prevention experts connect the increase in one way or another to the recession. I share this opinion and believe that the recession played a major role in the number of suicides that occurred at work because it put a triple stress on employees:

With all these issues happening at once, some people could not see their way out of this dilemma. Faced with what some perceived as a “no way out scenario,” suicide was seen as their only option.

What Can Management Do?

A researcher in a study published by the American Journal of Preventive Medicine theorizes that suicides occur at work because the employee wants to protect family and friends from discovering their deceased body.4 Managers need clear guidelines on healthy approaches to manage and prevent violence in the multiple forms it can take. Some behaviors may indicate that a person is at immediate risk for suicide.5 Call the National Suicide Prevention Lifeline immediately at 1-800-273-TALK (8255) or talk to a mental health professional if you see someone displaying the following three behaviors:

What should you say when you suspect someone may be suicidal?6

Second: “Given what you’ve been going through, it would be understandable if you were thinking about suicide. I am wondering if this is true for you.”

Third: “Tell me more about your thoughts of suicide and your distress.” [LISTEN]

Fourth: “Thank you for trusting me. I am on your team; you are not alone. I have some ideas that might help.”

Fifth: Suggest resources, such as:

Provide regular communications through the channels that are most effective in your company regarding the potential warning signs that employees are at risk of acting in a violent manner, including taking their own life. Sally Spencer-Thomas, Psy.D., co-founder of Working Minds, a Colorado-based workplace suicide-prevention organization, suggests that HR professionals talk to their employees in an understanding manner, giving the employee the opportunity to explain his or her condition. Statements such as, “I’ve noticed that …,” “It’s understandable given …,” and “I’m wondering if it’s true for you …” should be followed by a nonjudgmental statement.7 One obvious sign is an employee talking repeatedly about death, exhibiting withdrawal behavior, and/or rage.

If your firm has an employee assistance program (EAP) or your health care provider offers a counseling service, make sure that managers are trained so that they are knowledgeable about the program and know when they should make an employee referral. Note that an effective referral is not giving an employee a business card or phone number and telling him or her that they should call the number. Partners Healthcare recommends taking the following actions:8

You may find it helpful to give the employee an EAP pamphlet or suggest they visit the program’s website. It is also helpful if you are familiar with the EAP and can take the time to explain how it works and the benefits of using the program. Talking to a professional counselor can make a big difference to a troubled employee. If your firm does not offer an EAP then identify community resources that can assist your employees. Identifying local resources and keeping them current will be time well spent.

The organization should also have a strategy in place to deal with the devastating impact of a suicide at work. There are various websites to find guidance on this. I would recommend viewing “A Manager’s Guide to Suicide Postvention in the Workplace: 10 Steps for Dealing with the Aftermath of a Suicide.”9 Organizations can no longer think of suicide as something to keep quiet about and hope it will go away. Be proactive and take meaningful action, if you truly mean that your employees are your most important asset.

W. Barry Nixon is the Executive Director of the National Institute for Prevention of Workplace Violence, Inc., a company focused on assisting organizations to effectively implement programs to prevent workplace violence. With over 20 years in Human Resources and Organization Development in Fortune 500 companies, Nixon is well grounded in the real issues companies face. Barry Nixon can be contacted by e-mail at Barry@wvp911.com.