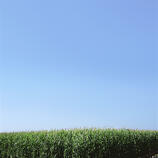 The Federal Trade Commission (FTC) has issued an enforcement policy clarifying which “VOC-free” claims in product packaging and marketing comply with environmental advertising restrictions. In March 2013, FTC issued an enforcement policy under which “trace” amounts in a product cannot exceed ambient concentrations of the specified substance. On the same day, FTC settled enforcement actions against two companies that had made claims about volatile organic compounds that did not meet this standard. (FTC, In the Matter of PPG Architectural Finishes, Inc. (Docket No. C 4385) (3/5/13), and In the Matter of The Sherwin-Williams Company (Docket No. C 4386) (3/5/13).) In a March 6 press release, the FTC explained the events behind the case as follows:

In settling the FTC’s complaints, the two companies agreed to orders requiring them to stop making the allegedly deceptive claim that their Dutch Boy Refresh and Pure Performance interior paints, respectively, contain “zero” VOCs. According to the agency, while this may be true for uncolored “base” paints, it is not true for tinted paint, which typically has much higher levels of the compounds, and which consumers usually buy.

If you want to learn more about the policy, look for the FTC publication “Enforcement Policy Statement Regarding VOC-Free Claims for Architectural Coatings” (3/13), available on the FTC website.

OSHA’s changes to the HCS will bring the standard into parity with the United Nations' Globally Harmonized System of Classification and Labeling of Chemicals. The target date for full implementation is 2016. The revised standard classifies chemicals based on the physical hazards they pose, and introduces standardized labels and safety data sheets for all chemicals produced both domestically and abroad. OSHA anticipates that the revised HCS will:

STP has recently released an update to the The Complete Guide to Environmental Law and also publishes the following environmental guides: