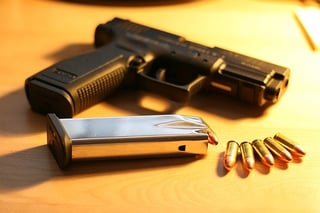 It’s exceedingly difficult to predict workplace violence, and there is no easy solution to stop it altogether, however, reference checking is a preventative step that employers can take to reduce the risk. I would add that, in my professional opinion, many workplace violence incidents could be prevented if employers took the necessary precautions before an incident actually unfolded.

When most organizations start to examine how a workplace shooting could have been prevented they often look at the immediate incident and generally conclude there was nothing they could have done to prevent it. The reality is that there were many events that did, or did not, occur prior to the horrific event that contributed to the tragedy. It is true that if you have not prepared ahead of time, when an active shooter situation occurs, people are likely to die and, if they do not, it will only be because lady luck smiled on your people, but not due to anything your organization actually did. The recent on-air shootings at WDBJ-TV that tragically ended the lives of Alison Parker and Adam Ward provide a real life example that illustrates the above point. This is one incident where many have concluded that nothing could have been done to prevent this tragedy. With all due respect for the survivors and family members of the deceased, I seriously question that conclusion.

The Importance of Reference Checking

Starting at the beginning, I raise the question, should Vester Flanagan, (a.k.a. Bryce Williams), have been hired by WDBJ-TV in the first place? Mark Jeffs, WDBJ-TV general manager, said, “when Flanagan applied he underwent a background check which netted only positive references.”1 While I have no direct knowledge of what actually occurred, there are lots of questions that I have about the kind of background check that was conducted.

All background checks are not created equally. Did WDBJ-TV use an online internet service (note that these are notoriously inaccurate due to missing data)? Did they only do a criminal records check? I believe this is most likely what they did, and since Flanagan did not have a history of problems with the law, his report came back clean. Newsflash: Most workplace violence incidents are not committed by people who have criminal records.

Did they check his references? Again, I do not have direct knowledge of what they did, but suspect that they likely called his references provided by the applicant, who were people he believed would only give positive feedback.

Reference checking can be one of the most powerful and useful tools in selecting people when done right.
When you speak with references provided by an applicant you need to ask each of them to give you the name of someone else who worked with the person to provide additional insight. These secondary references, who were not handpicked by the applicant, will likely give you more objective information.

The cost of making a bad hire is why it is essential to take the time to conduct a thorough reference check. I understand the on-going struggle that exists between a hiring manager’s need to hire a person quickly, to be able to get that critical project done, versus the extra time it takes to do a comprehensive reference check. Saving time is crucial to every organization, yet the hiring process is just too important to rush through.

The best policy is to be clear and unambiguous in declaring that no one will be hired (or allowed to start working) until at least three primary references (those provided by the applicant) and three secondary references (those identified by other means) have been received and checked. Any exception to this hiring policy should require the head of Human Resources (HR) signing off on it.

Too many organizations have bought into the notion that reference checking is a waste of time because it is hard to get any concrete information from previous employers. Greatness has never been achieved by doing the things that are easy. Put some of your best minds on a team to tackle this problem and I assure you that many solutions will evolve.

Often, the real issue with organizations not doing detailed reference checks has to do with a lack of resources in HR departments. The head of HR has to make some tough choices about how to allocate limited resources and frequently reference checking is the loser in the process. Implementing the type of policy I mentioned above would end this behavior because it would raise reference checking to the level of being a strategic initiative that needs to be appropriately funded.

Another tip for conducting reference checks is to use your network to contact colleagues who have worked at the same company as the applicant. The key is to find someone in the organization that you have a direct connection with (e.g., a friend, a former co-worker, a golf buddy, church member, etc.) that you can have an off-the-record conversation with. Will this take some extra effort? Yes, it will, but it could pay off in dividends.

Prior to working at WDBJ, Flanagan was employed at WTWC-TV in Tallahassee, Florida. Dave Leval told the Associated Press Thursday that he worked with Flanagan at WTWC in 1999 and 2000. He said two women who pointed out mistakes in Vester’s reporting were so verbally abused that they feared for their lives. One woman’s husband, a law enforcement officer, “threatened to come in and beat the stuffing out of the guy if he talked to her that way again,” said Leval, now a sports reporter and anchor at KTVA in Anchorage, Alaska. Vester was fired from the Florida station.

“I can’t think of anybody at our station who shed a tear when he left,” Leval said.”2

The broadcasting industry is a very close knit community and it’s apparent from Flanagan’s experience at WTWC that no direct connection was made during the hiring process with an insider who would have shared the real deal about Flanagan. Other media outlets did uncover this during reference checks:

Adam Henning, the news director at WAFF, a television station in Huntsville, Ala., said Flanagan sought a job there in 2011, but was rejected after Henning contacted a half dozen references. They told him that Flanagan “was exceedingly difficult to work with,” he said, and had once gotten into a “physical altercation” at a company Christmas party.3

The good news is you can circumvent any legal liability and share this vital information when you have all employees who are leaving your organization (for whatever reason) complete and sign a Reference Release Form. In essence, this is a “hold harmless” document that asks departing employees to choose which work related behaviors (i.e., honesty, initiative, dependability, quality, etc.) you, as their former employer, may discuss when asked for references.

Of course, the really great folks who leave will allow you to discuss all aspects of their performance. The marginal or poor performers may choose to let you to only report on their strengths, if any, or report nothing at all, but it will be just as telling to a potential future employer if you have to say: “I’m sorry, but John did not give us permission to discuss any aspects of his on-the-job performance with any of his potential employers.”4

W. Barry Nixon is the Executive Director of the National Institute for Prevention of Workplace Violence, Inc., a company focused on assisting organizations to effectively implement programs to prevent workplace violence. With over 20 years in Human Resources and Organization Development in Fortune 500 companies, Nixon is well grounded in the real issues companies face. Barry Nixon can be contacted by e-mail at Barry@wvp911.com.